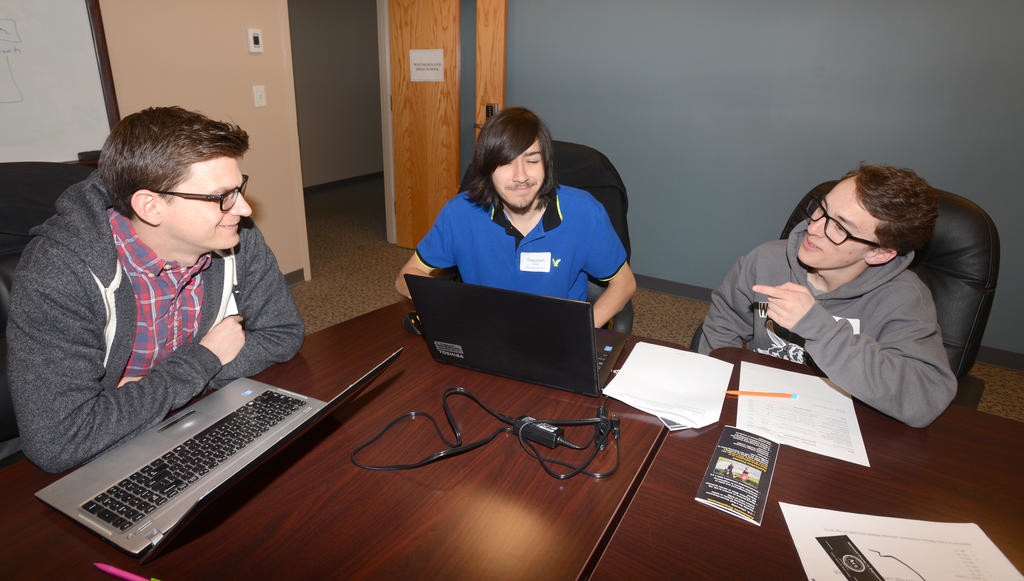 TRYING FOR ANOTHER WIN — Westmoreland high school seniors Stephen Cosco and Matthew Calogero work on privacy and security programming topics this morning with Westmoreland math teacher Nick Darrah, at left, during the annual Challenge Competition event at the Griffiss Institute. The two students were the winners last year. An awards ceremony for this year’s competition will be held Friday. (Sentinel photo by John Clifford) 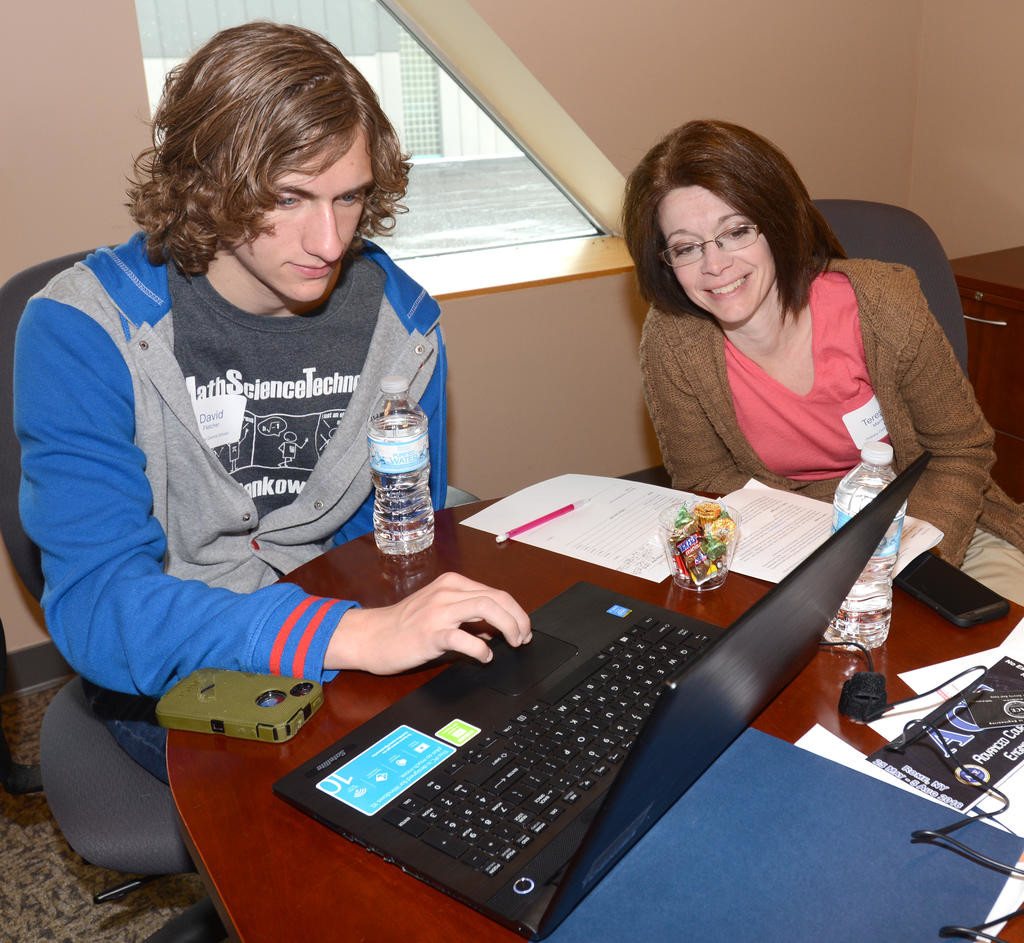 HI-TECH PROBLEM-SOLVING — David Fletcher, a senior at Oriskany high school, works this morning with Oriskany physics and chemistry teacher Teresa Mann on setting up a browser in conjunction with limiting companies’ access to information, during the annual Challenge Competition at the Griffiss Institute. Student/teacher teams from eight area high schools are participating, and an awards ceremony will be held Friday. (Sentinel photo by John Clifford)
Previous Next
Posted Tuesday, April 26, 2016 4:00 pm

The competition is a STEM (science, technology, engineering and math) initiative, geared to provide a realistic view of “high-tech problems the nation is facing today, and how engineers and researchers go about dissecting and solving these problems,” the institute said.

The teams, consisting of two students and a teacher, have been given a “challenge problem,” and have four days to solve it, the institute said.

Rome AFRL Information Directorate engineers and scientists are on hand to answer questions regarding the challenge problem throughout the week, the institute added. This year’s challenge is being developed by Rome AFRL’s Information Exploitation & Operations Division.

Winners of the competition will be awarded paid summer internships at local technology organizations, plus other prizes.