Adirondack is back in familiar territory after one season. 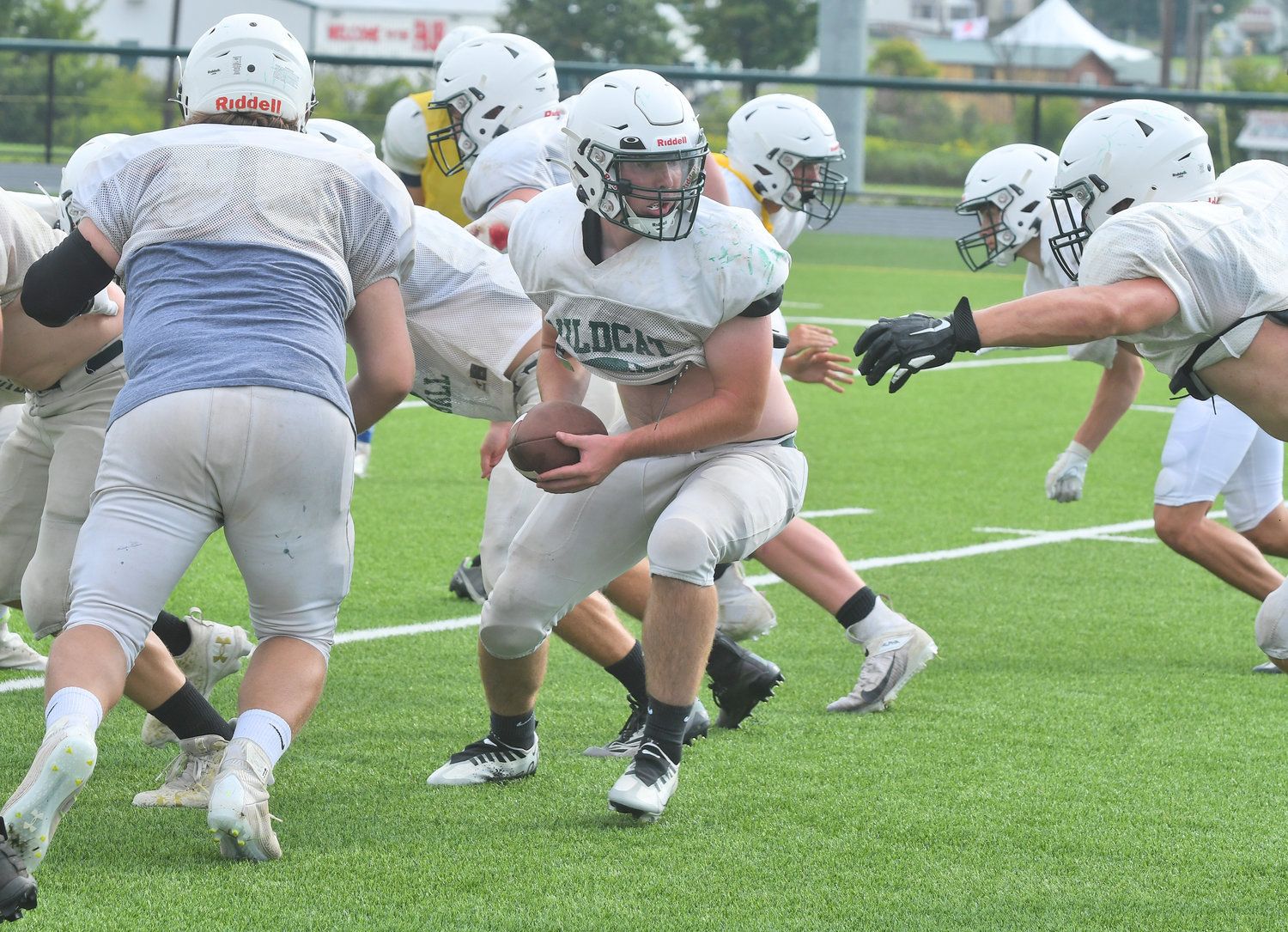 Adirondack quarterback Brett Sanford turns to hand the ball off to Colin White with offensive lineman Brandon Moore pulling for a block during at recent practice in Boonville. Sanford and White are top returners for the Wildcats.
(Sentinel photo by John Clifford) 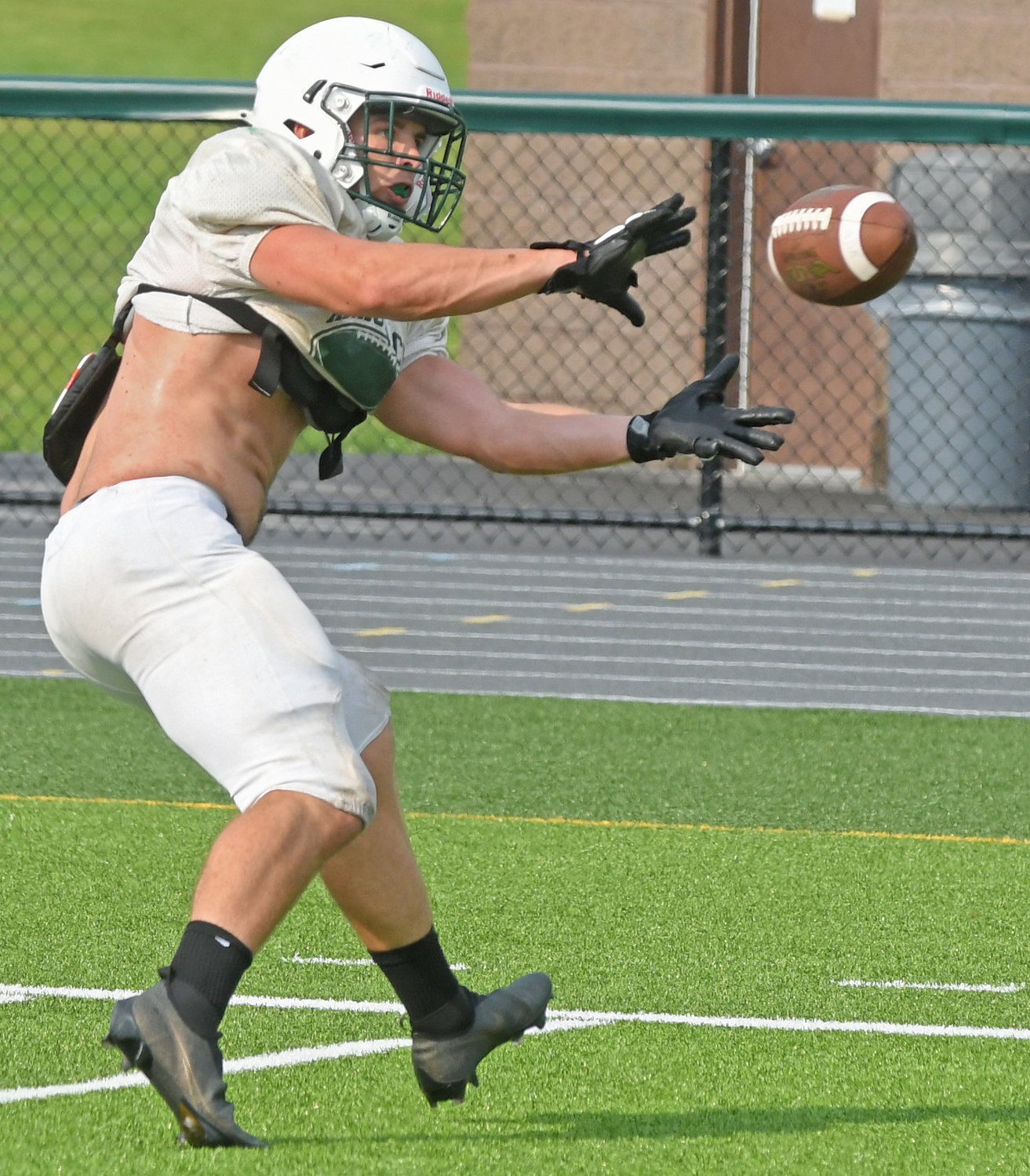 Adirondack senior Colin White makes a play during a recent practice. White is among the returning players for an Adirondack team that reeled off seven consecutive wins in the regular-season and advanced to the Section III Class D finals.
(Sentinel photo by John Clifford) 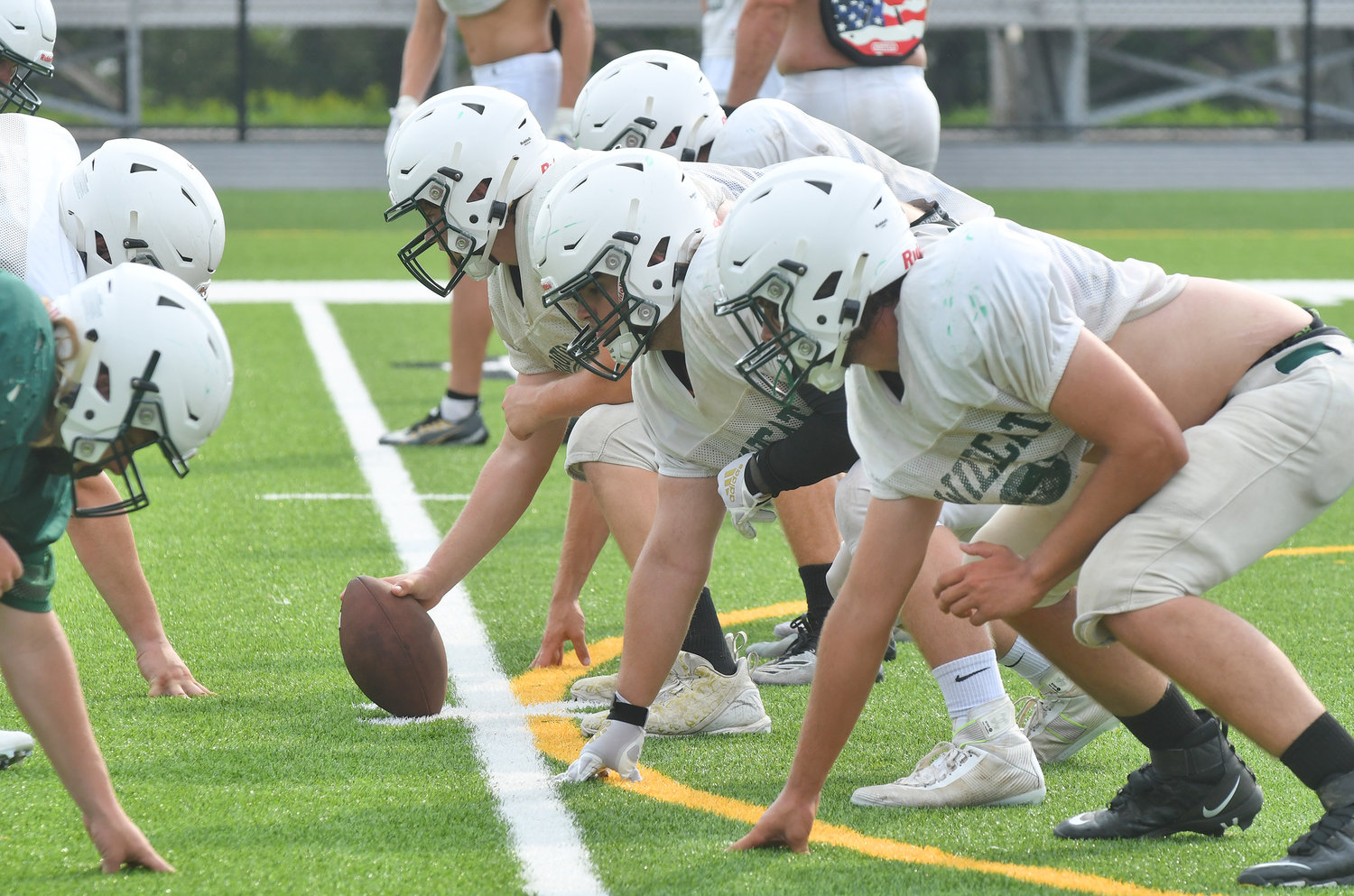 Adirondack finished 9-1 last fall and only lost four seniors from that team, which was in Class D. The team has moved back to Class C this season.
(Sentinel photo by John Clifford) 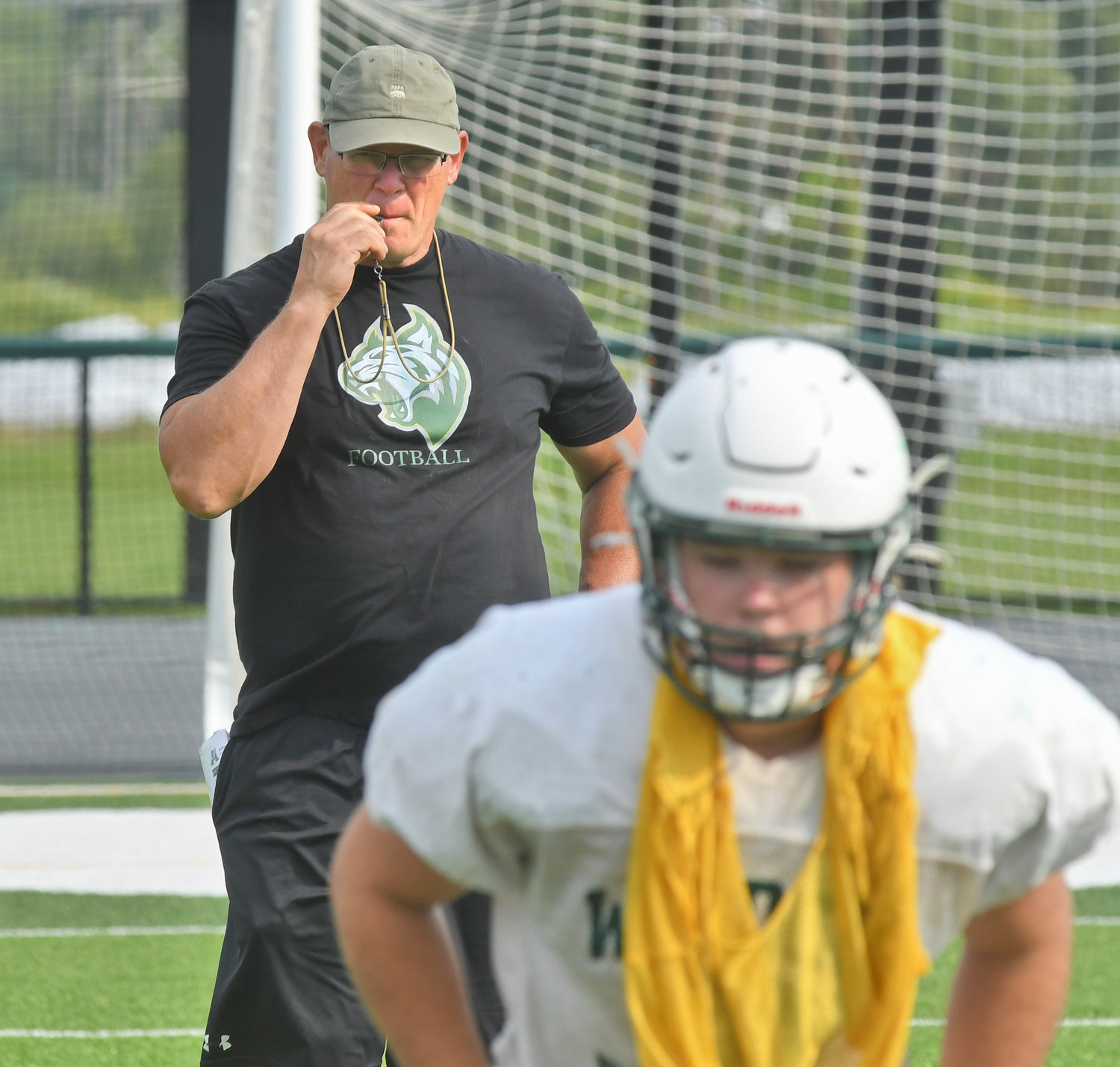 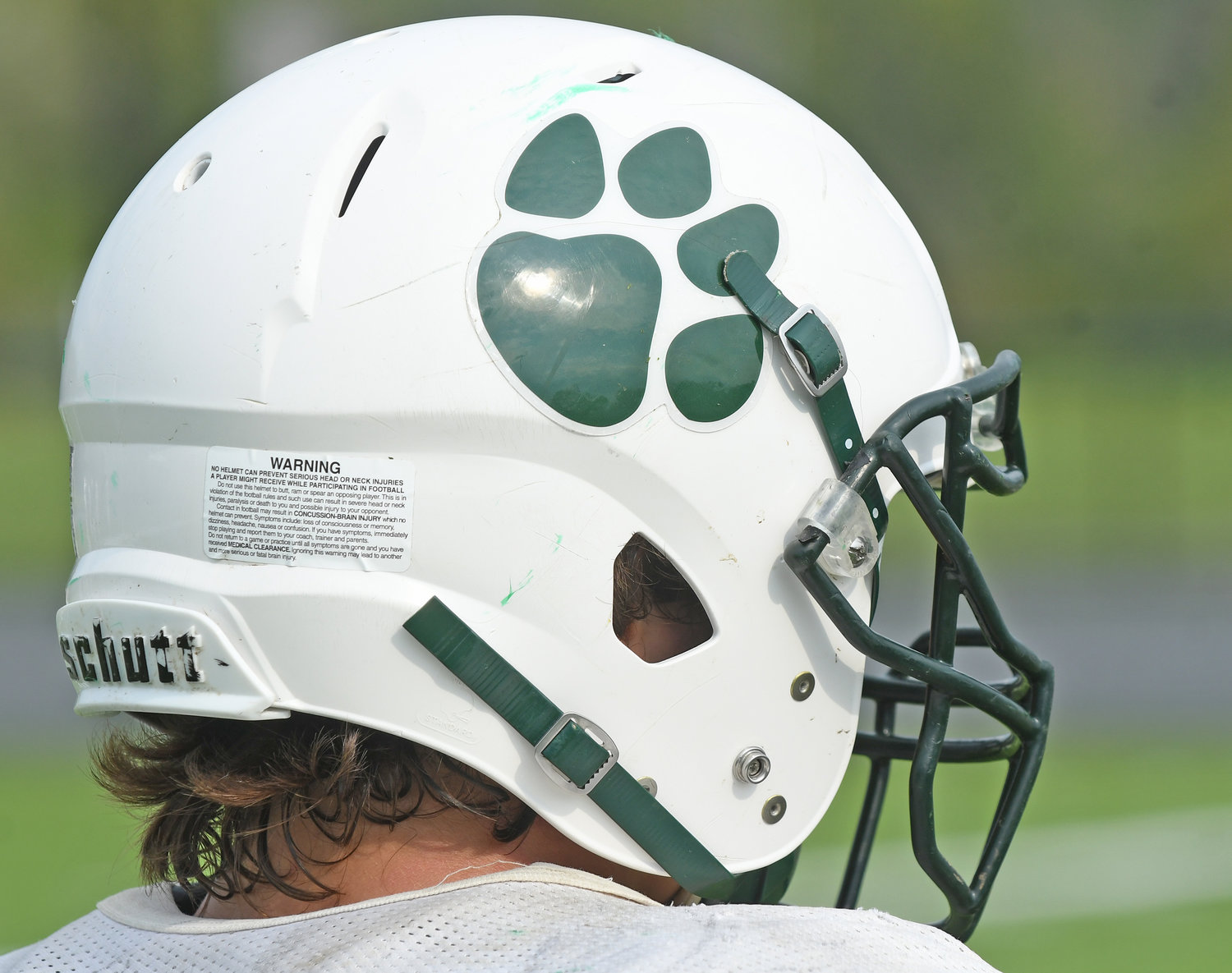 The Adirondack football team is made up of mostly sophomores and juniors during the fall 2022 season.
(Sentinel photo by John Clifford) 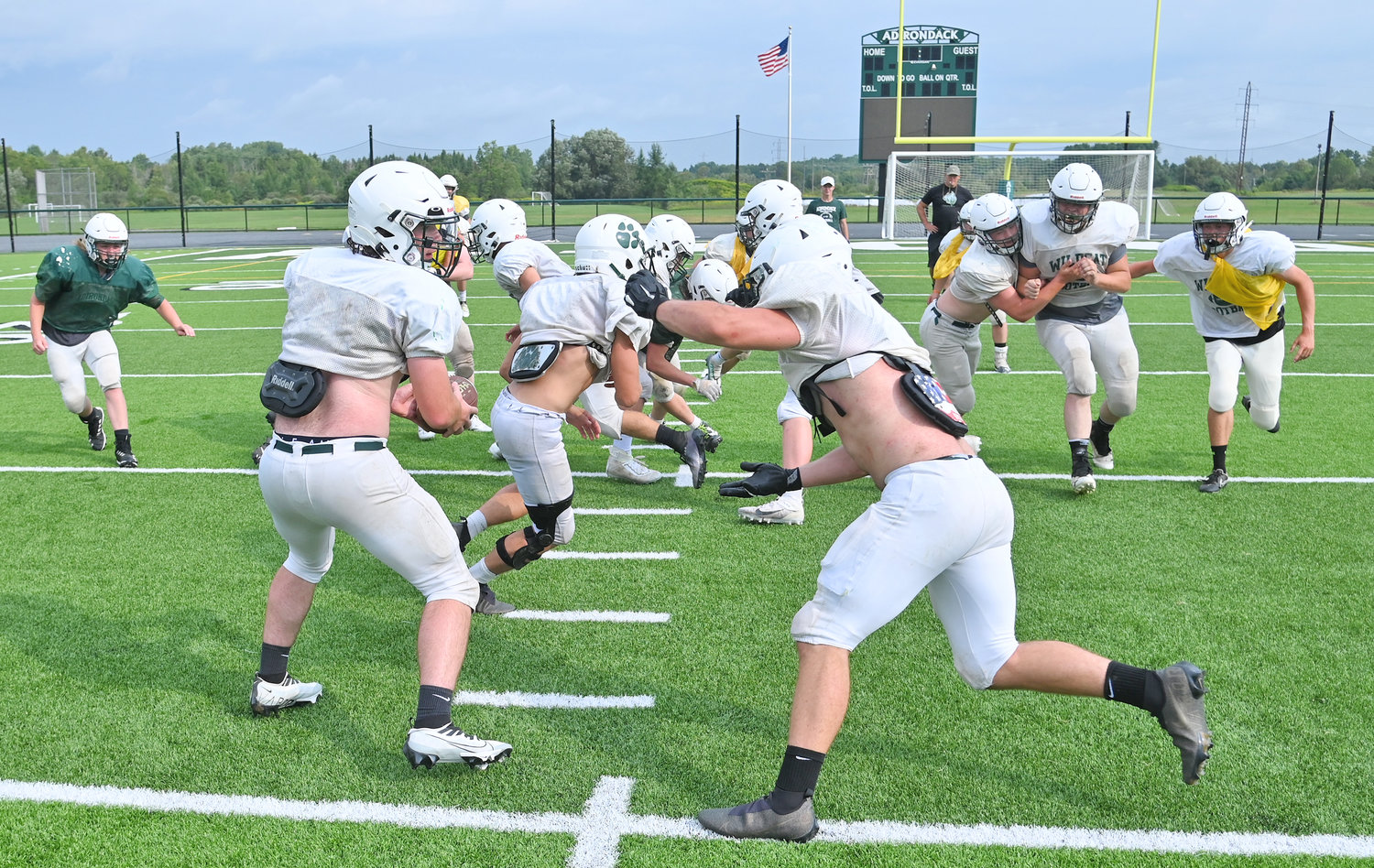 Adirondack quarterback Brett Sanford hands off the ball to running back Colin White during a recent practice. Both were key offensive players for the Wildcats last season as juniors.
(Sentinel photo by John Clifford) 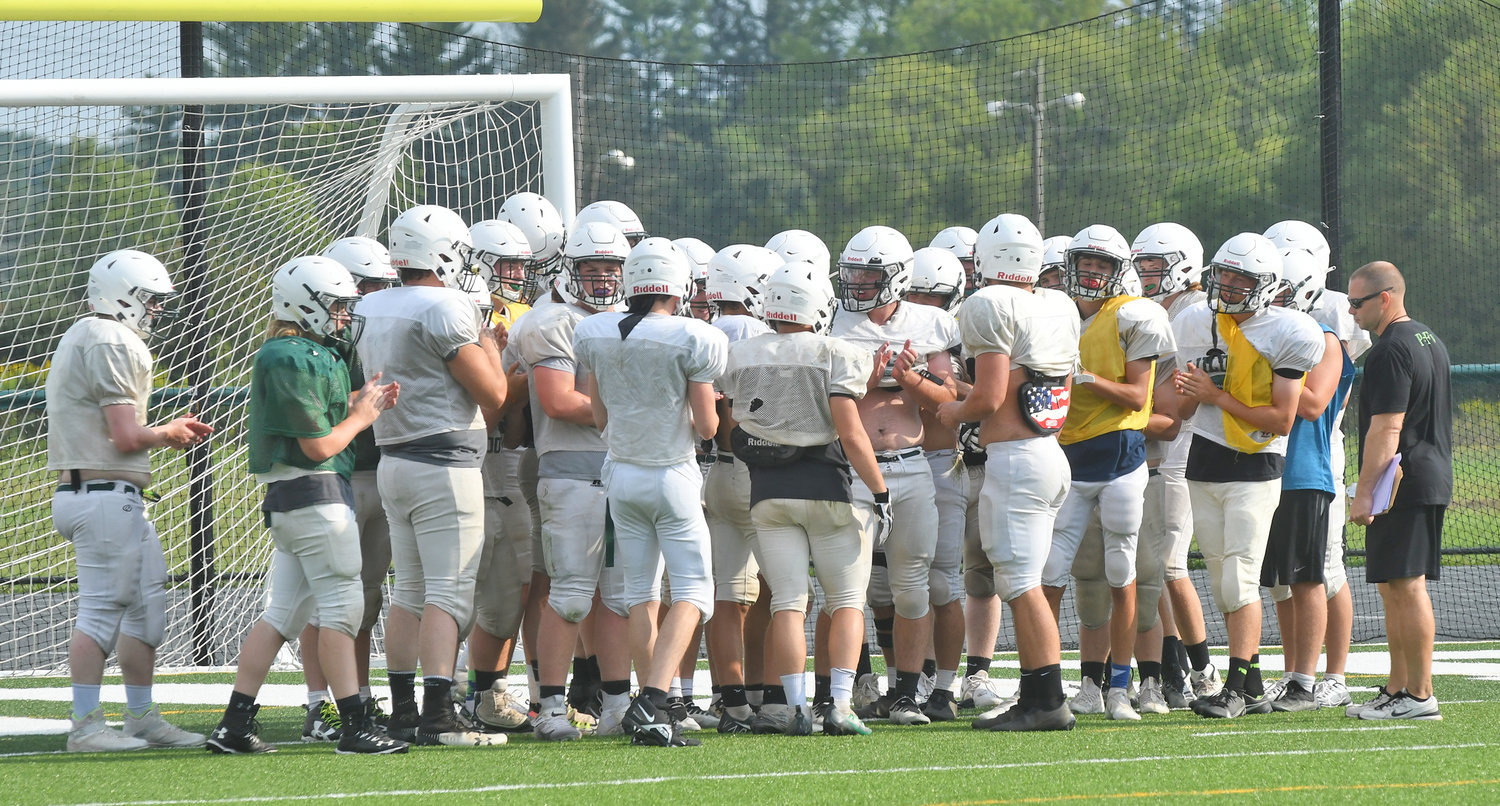 Adirondack football team gathers before getting hydration during a break at practice.
(Sentinel photo by John Clifford)
Previous Next
Posted Saturday, September 10, 2022 10:00 am
Adirondack’s football schedule

BOONVILLE — Adirondack is back in familiar territory after one season.

The Boonville-based Wildcats have returned to Section III’s Class C after playing in Class D last fall when the team made it to the sectional championship game and finished with nine wins in 10 games.

A team that includes nine returners on both sides of the ball this fall will look to continue that kind of success in Class C where the Wildcats, led by longtime coach Rob Hennessey, have had their share of struggles. The program has predominately been a Class C member over the last 15 years.

“You have to work your tail off as a coach,” said Hennessey, whose teams had five total wins from 2015 to 2019 as member of Class C. “The players have to be ready. They are going to see more athleticism.”

Hennessey points to teams such as Cazenovia, Skaneateles and Vernon-Verona-Sherrill – which shifts down from Class B – that makes Class C tough. There’s also “really good programs” such as General Brown, Westmoreland/Oriskany and Lowville that will create challenges. Adirondack opens the regular season Sept. 9 against visiting Lowville and is set to take on VVS the following week. The last three weeks feature games against General Brown (Oct. 7) and at Westmoreland/Oriskany (Oct. 15) and Holland Patent (Oct. 22).

“There’s some good programs in Class C,” said Hennessey, who is in 10th season as head coach at Adirondack and 22nd overall.

The Wildcats lost four seniors from last fall’s successful team. Adirondack still features a bevy of sophomores and juniors, though that’s not necessarily a bad thing, according to Hennessey.

“The kids got a lot of experience last year,” he said. “They have confidence.”

There’s also six seniors who have been playing together for an extended amount of time. Hennessey points to the addition of a Pop Warner program being added about nine years ago as being beneficial.

“You don’t realize it until you don’t have to teach form tackling as much because the kids know,” he said.

It also helps that key offensive players such as quarterback Brett Sanford and running backs Colin White (who had sit out early games last fall because of a broken foot) and Ray Hennessey are part of the senior class.

The defense was stout last season when the unit had two shutouts and allowed an average of 11.9 points.

“We have a pretty good group coming back defensively,” Rob Hennessey said.

The group is led by Wyatt Kratzenberg, a junior lineman, and senior linebacker Braedon Pridgeon. Sanford also is a defensive end while White slots in at a couple positions on that side.

The secondary features returning starter in junior Bailey Gleasman as well as Hennessey’s other son, John. It is his third year on the varsity team.

“We’re young in the secondary,” said Rob Hennessey when asked about an area that Adirondack needs to improve.