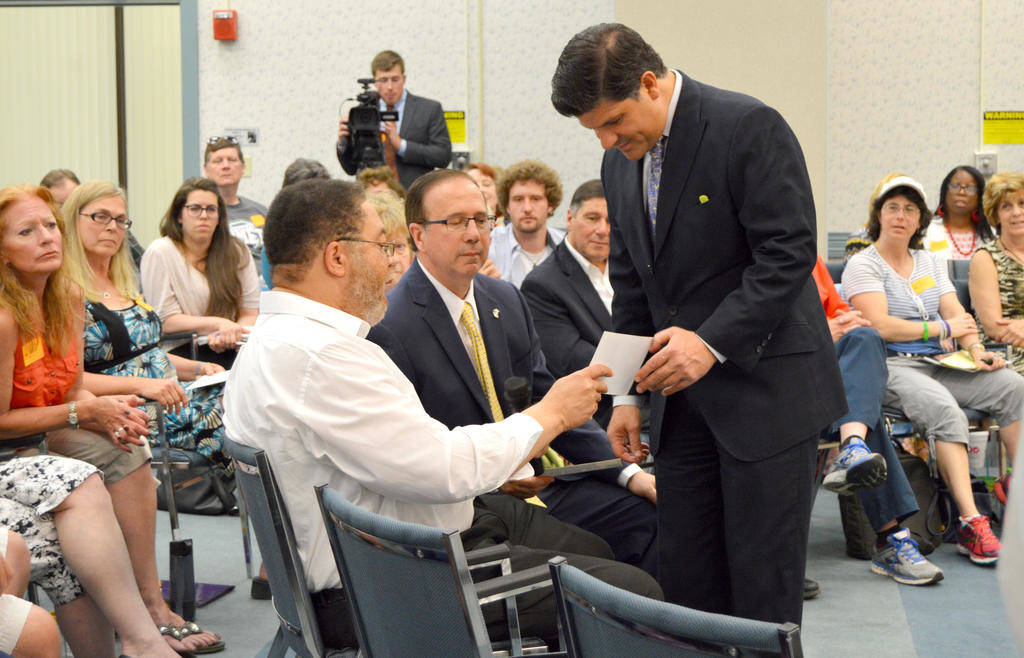 SEEKING HOPE AND HELP — State Senator George Amedore, R-Rotterdam, who is co-chair of the Joint Senate Task Force on Heroin and Opioid Addiction meets with a member of the audience during a forum on heroin and opioid addiction in Utica on Wednesday. Audience members shared stories of addiction, citing the need for additional programs to combat heroin and opioids. 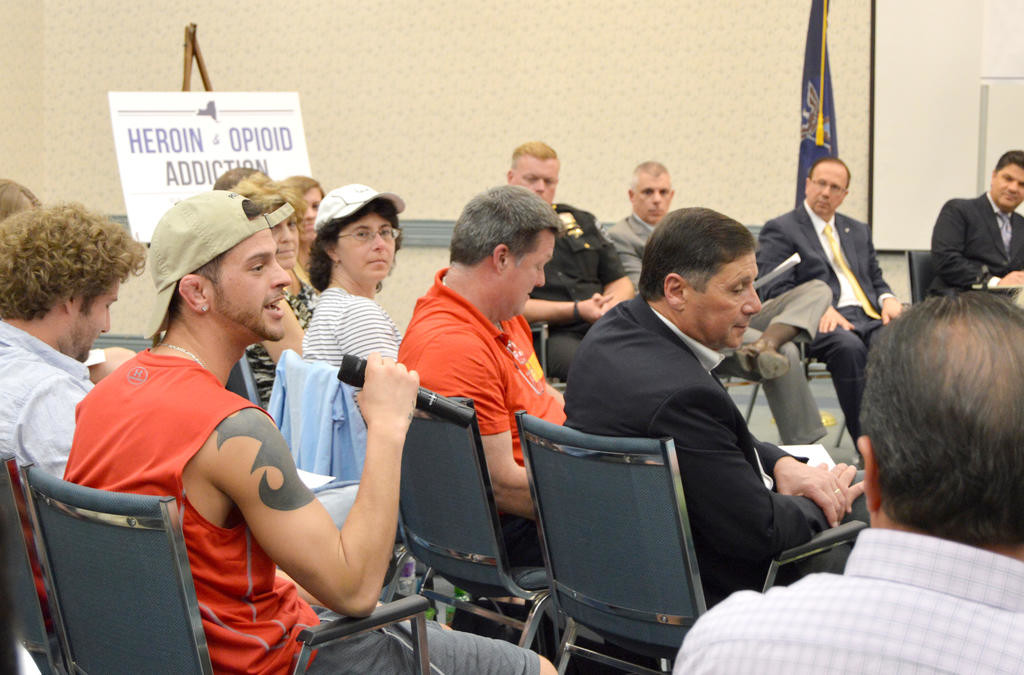 SHARING THEIR STORIES — A member of the crowd at Wednesday’s community forum on heroin and opioid addiction discusses the impacts of addiction. The session was attended by local lawmakers, law enforcers and community members, who told about the impact of heroin and addiction on their lives and families. (Photos submitted) 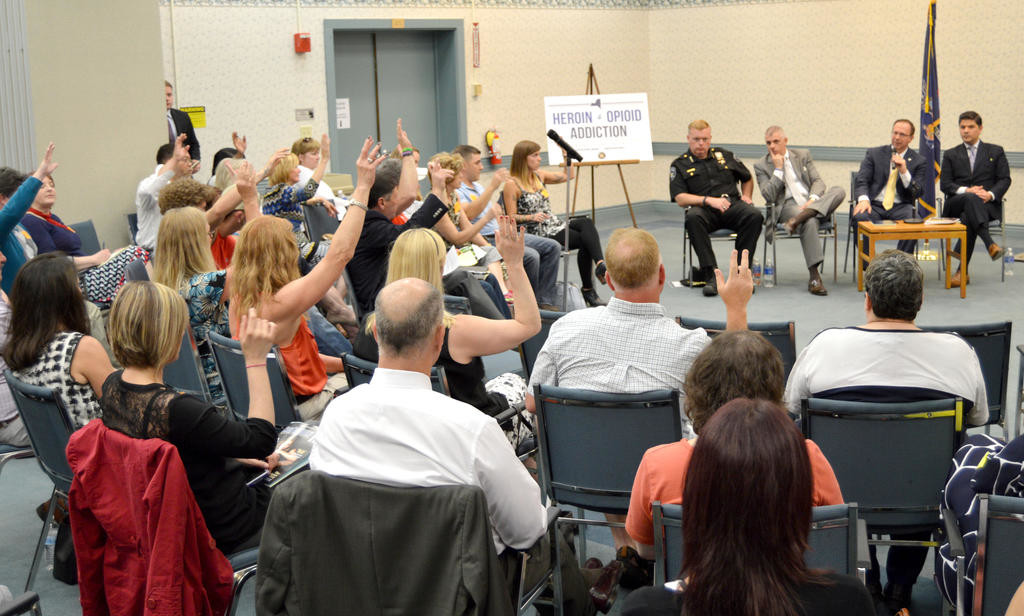 UTICA — Stories about struggling to cope with heroin and opioid addiction were voiced at a forum Wednesday hosted by state Sen. Joseph A. Griffo.

Audience members included recovering heroin addicts, families grieving over the loss of family members or friends from overdose, and people concerned about getting help for current addicts.

Griffo, R-47, Rome, hosted the two-hour forum at the Utica State Office Building, where he was joined by state Sen. George Amedore, R-Rotterdam, who is co-chair of the Joint Senate Task Force on Heroin and Opioid Addiction.

“The most important reason for this forum was to get input from the people who have experienced this problem, who are dealing with addiction and loss, and to hear their thoughts and opinions about how we should be addressing and preventing it,” said Griffo.

“This insight is very important as we develop policy, and additional initiatives will be presented before the end of our legislative session,” Griffo added.

Recovering addicts and families who had sought help for their addicted family members offered a variety of recommendations to address the heroin problem, including increasing treatment programs from an inadequate 30 days to a more effective
1 ½ years.

There is also the need for a mentoring program to link current addicts with successfully recovering addicts who understand what they’re going through, they said.

Al Shaw, whose 34-year-old son died earlier this month from an overdose, suggested that method should be developed to temporarily suspend the personal and decision-making rights of individuals who are going through treatment.

“In many ways, he had the mind of a child,” Shaw said of his son, who had attempted several drug local treatment programs before overdosing. “He thought he could do it on his own. Someone needs to assume responsibility for them.”

Earlier in the forum, Amedore spoke about the Senate’s latest strategies involving prevention, treatment, recovery and law enforcement to confront the heroin problem from all perspectives.

“It will take us working together,” he said. “It’s not easy and clean work. It’s kind of like God’s work.”

Although many addicts can’t overcome this problem on their own, one recovering addict, 28-year-old Joey Parks of Rome, said it is important for addicts to believe they can get better.

“I turned to drugs just because it was something I was good at,” Parks explained to the crowd. “I had no hope, I never stood for anything. You all have done everything for me, but I wasn’t doing anything for myself. I needed to step up.”

Now that Parks has been sober for three years, with a family and better life, he asked that people never give up hope to overcome addiction.

“Give an addict a chance, that’s all we ask,” Parks finished. “We’re not bad people.”