"Every Utica student has a sphere of excellence that can be discovered and developed through a systemic and inclusive design," promises Social Equity and Empowerment Consultant Hilda Jordan. 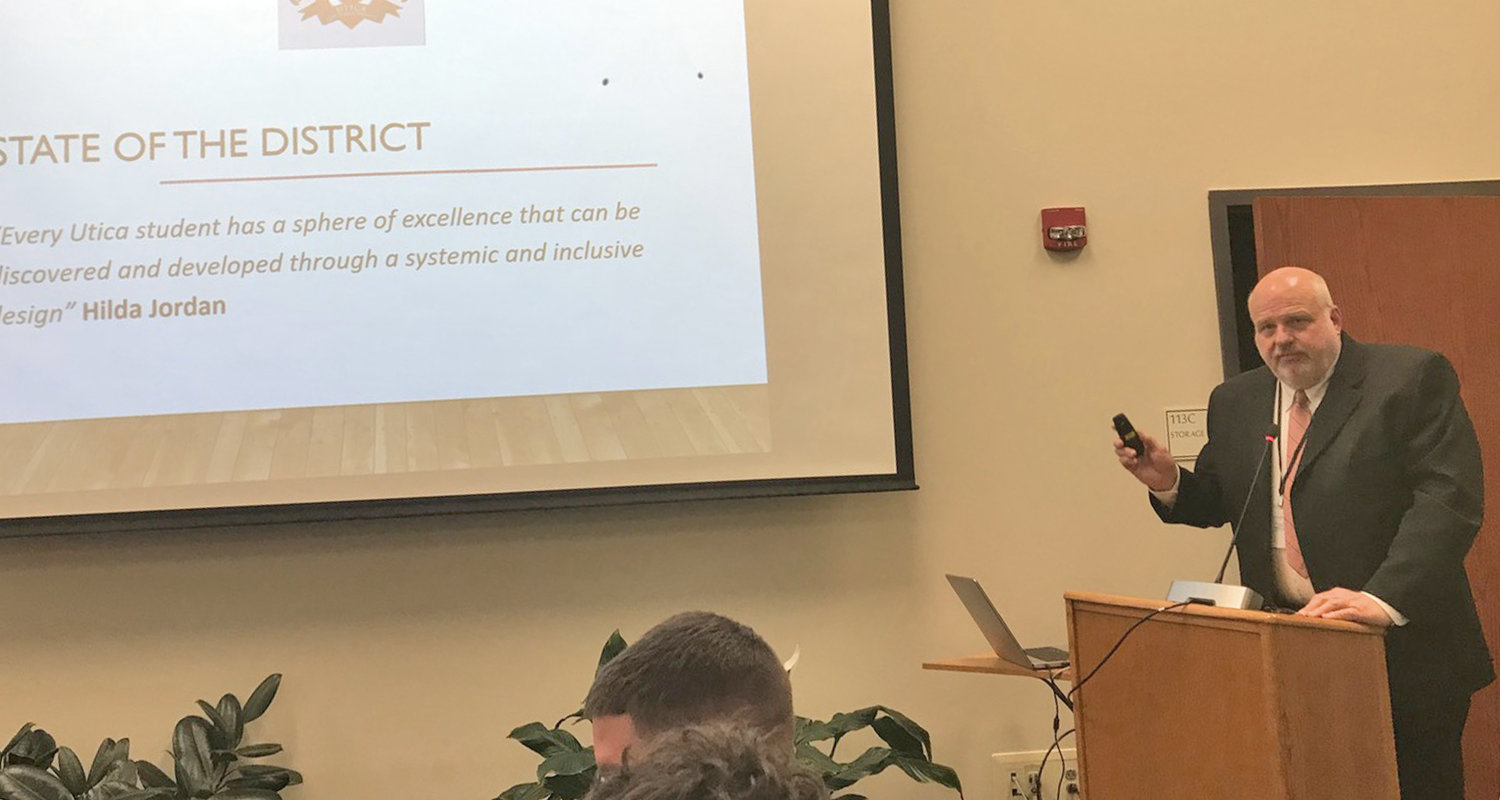 Utica City School District Acting Superintendent Brian Nolan told the district Board of Education and their audience his views of the State of the District Tuesday at the board's regular monthly meeting.
(Sentinel photo by Mike Jaquays) 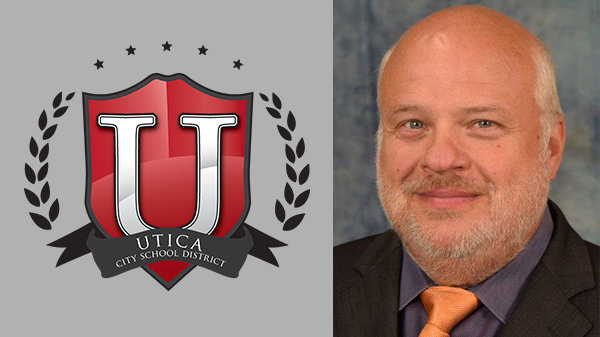 UTICA — "Every Utica student has a sphere of excellence that can be discovered and developed through a systemic and inclusive design," promises Social Equity and Empowerment Consultant Hilda Jordan, a Proctor High School and Harvard University graduate.

Utica City School District Acting Superintendent Brian Nolan quoted those words Tuesday in his State of the District presentation for the Board of Education and their audience. Nolan said the district has been working to develop a student-centered comprehensive plan to address needs they see both with students in school and in the community.

"When we talk about every student having a sphere of excellence, we want to talk about how we accomplish that ... how we allow that student to really grow and become the students we want to have as they leave us," Nolan said. "How we develop that is to develop that systemic and inclusive design."

To accomplish those goals, Nolan said they have engaged numerous professional community partners, including Jordan. The students got to meet Jordan, and Nolan said it was inspiring for them to see the accomplishments of one of their own Utica district alumni.

Nolan said the team looked at the district's organizational chart to make sure it was mission driven, accountable, equitable, inclusive and deliverable. The plan needs to adjust as students develop, Nolan said, explaining that up until third grade, students learn to read. After that, they read to learn.

Accountabiliy entails being more proactive in monitoring payroll and payments made for overtime work, Nolan said. That has been an issue he found when he arrived, he noted. Communications are a big part of the plan, and include a text message app and parent portal online plus the launch of an all-new district website, Nolan said.

His announcement of a no-cost Student Musical Instrument Rental Program drew applause from the audience. Nolan said it would ensure every student has the opportunity to play an instrument regardless of the family's ability to pay as the rental charges are now eliminated.

When he arrived in the district in October, Nolan said he found the athletic coach and extracurricular activity personnel salaries were "pathetic." Those have now been boosted to be more in line with neighboring districts, hoping to both reward current coaches and attract qualified candidates for open positions.

In addition to the recent installation of a new weapons detection system at Proctor High school, student safety and security are also being enhanced with security personnel being trained in first aid, CPR and the use of the defibrillator, Nolan said.

Three months into his leadership in the district, Nolan reflected that he feels the district has already seen significant accomplishments.

"We've done a lot in a pretty short time," Nolan said. "Again, going back to this idea of being influential on our students' sphere of excellence."