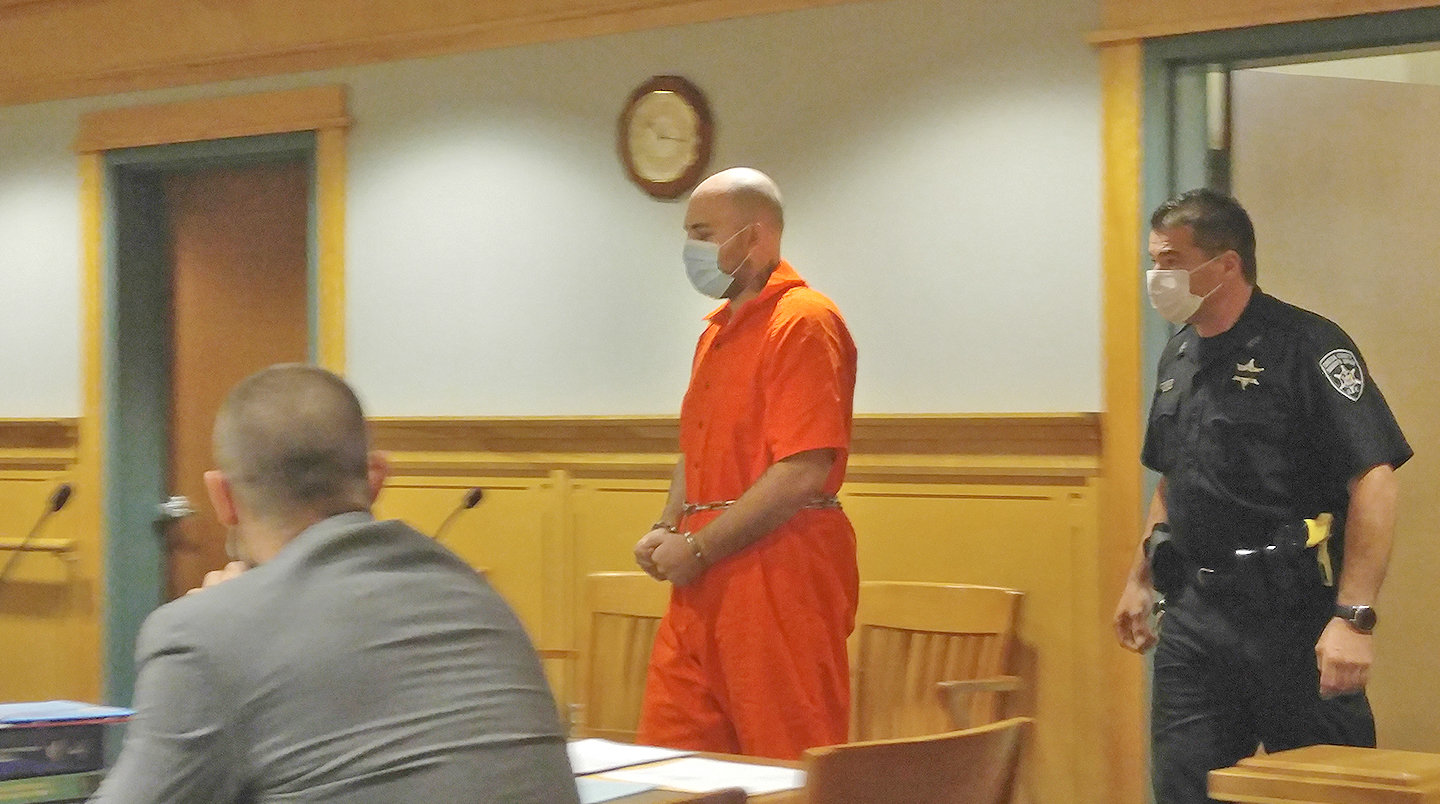 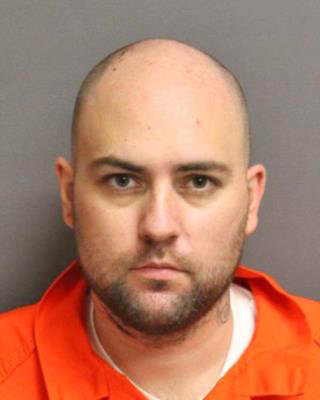 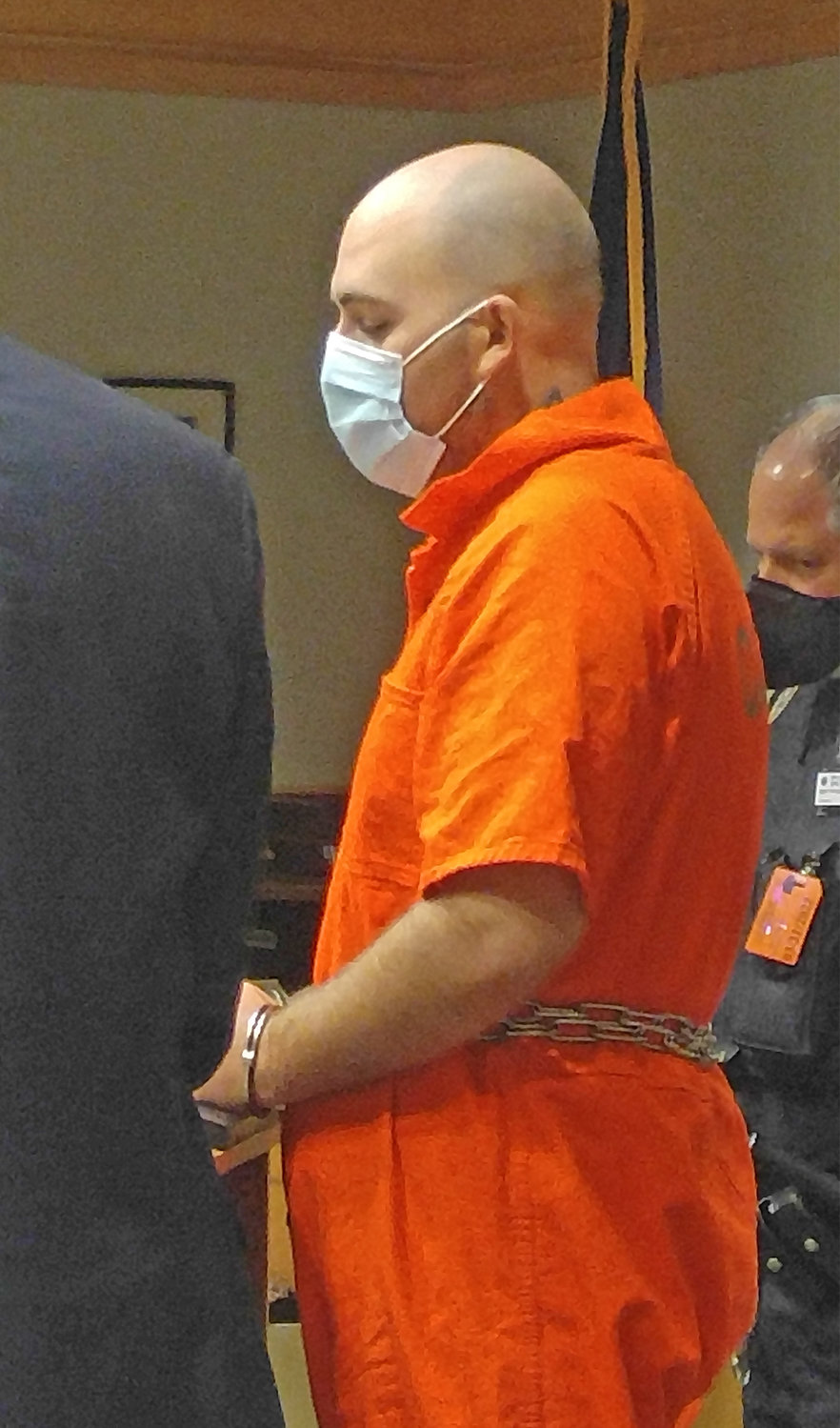 NOT GUILTY ENTERED — Kyle J. Kirk entered a not guilty plea in City Court Tuesday morning to two counts of first-degree murder and one count of third-degree possession of a weapon. The plea was entered on his behalf by his defense attorney.
(Sentinel photo by Sean I. Mills) 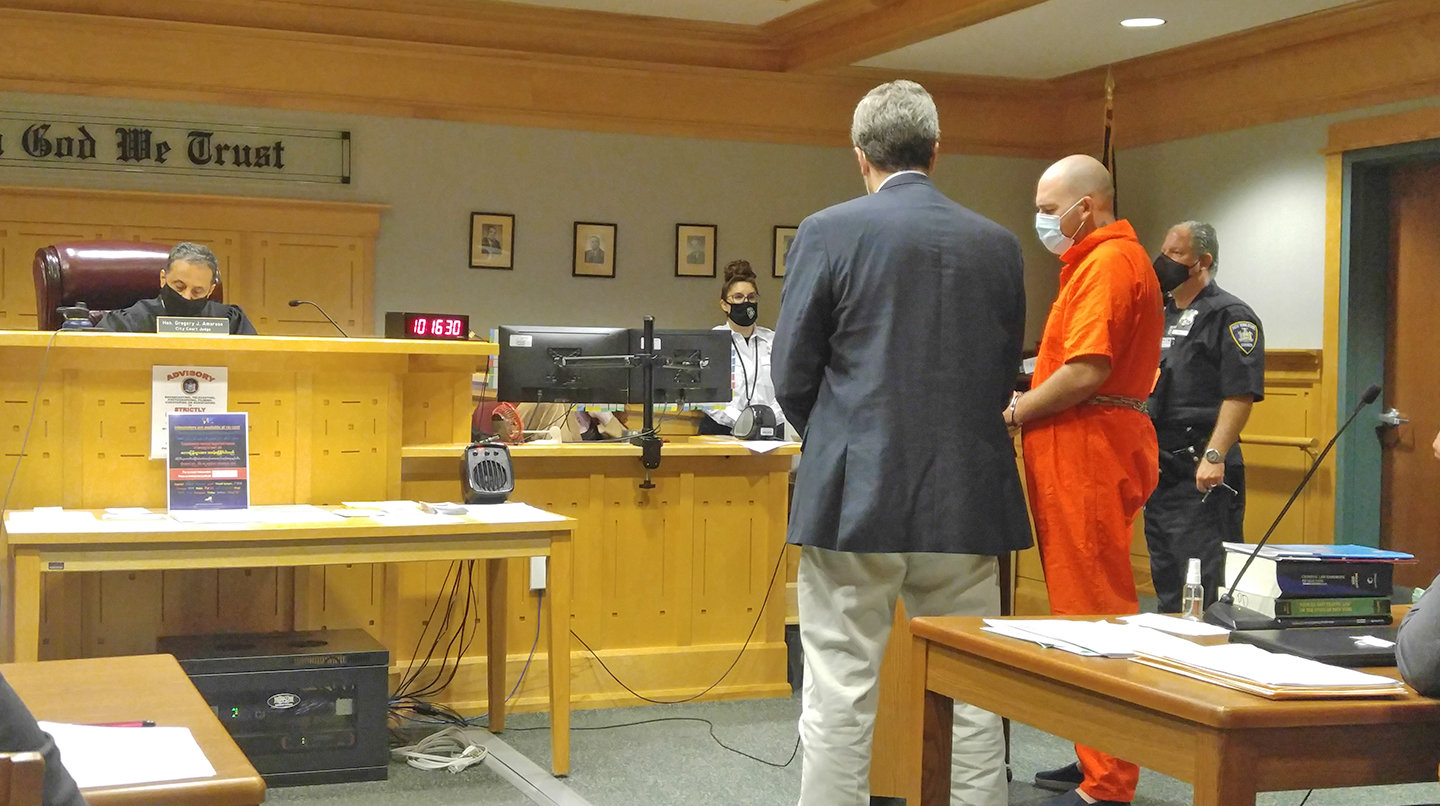 MENTAL HEALTH ORDERED — During his court appearance Tuesday morning, a mental health evaluation was ordered for accused killer Kyle J. Kirk. He is charged with stabbing to death his mother and father.
(Seninel photo by Sean I. Mills) 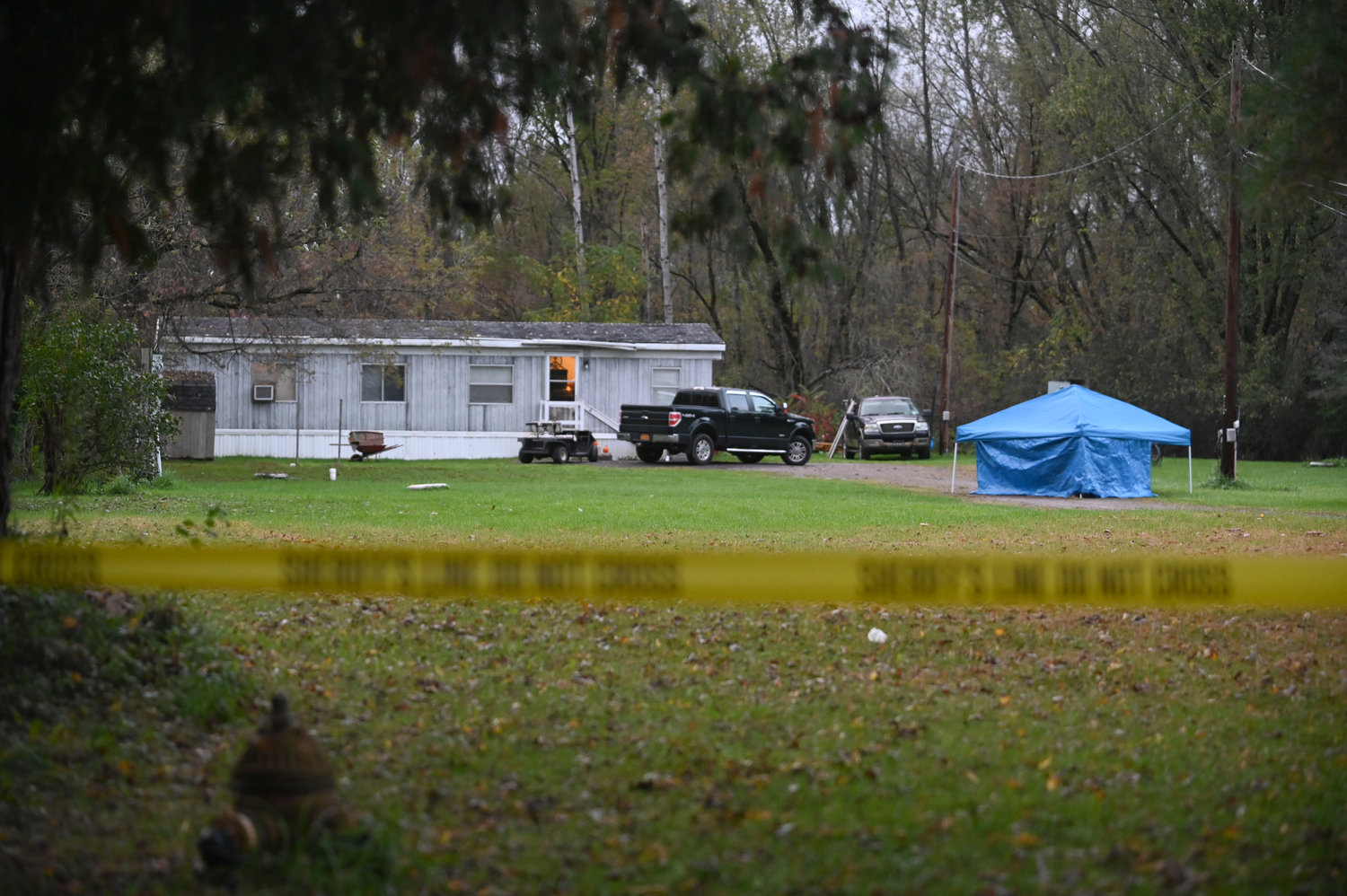 SCENE OF THE CRIME — Two people were stabbed to death at this home on Old Oneida Road in Rome's outer district Monday morning. Their son has been charged with two counts of first-degree murder.
(Sentinel photo by Kenny Kudrewicz)
Previous Next
Posted Tuesday, October 19, 2021 4:12 pm
Sean I. Mills
Staff writer
email / twitter

A mental health evaluation has been ordered for Kyle J. Kirk, the man charged with killing his mother and father in Rome on Monday.

Kirk, age 30, appeared for arraignment before Rome City Court Judge Gregory J. Amoroso Tuesday morning on two counts of first-degree murder and one count of third-degree possession of a weapon. A not guilty plea was entered on Kirk’s behalf.

State police said Kirk stabbed to death his father, 60-year-old Howard J. Kirk III, and his mother, 53-year-old Amanda L. Osborne, at the residence they all shared at 5959 Old Oneida Road in the outer district of Rome Monday morning. Troopers said Kirk was spotted outside his home covered in blood, leading neighbors to call 9-1-1 shortly before noon.

Howard Kirk’s body was found in the driveway, and authorities said Osborne’s body was found sitting in a chair inside the mobile home. Troopers said both were victims of multiple stab wounds.

State police spokesperson Trooper Jack Keller said they are still investigating what led to the attacks and what motivated Kirk. They are also still trying to determine whether or not Howard Kirk was killed inside or outside of the residence.

Keller said a knife was recovered at the scene. According to neighbors, Kirk moved in with his parents in June, Keller said. He added that the victims had been a couple for more than 30 years, despite never getting married.

In court on Tuesday, Public Defender David Cooke asked Judge Amoroso for a mental health evaluation for his client.

“I have had a conversation with him and it hasn’t been as helpful as I would like,” Cooke said in court. He said a “trained psychiatrist would be more able to flesh out” Kirk’s demeanor.

The evaluation would determine if Kirk understands the charges against him and is able to assist in his defense.

“I do not believe, based on my communication with him, one-on-one, that he would be able to” assist in his defense, Cooke stated.

Judge Amoroso asked Kirk if he understood why he was in court, and Kirk replied, “No, I don’t.”

Amoroso asked Kirk if he understood the roles of the attorneys and the judge, and what it would mean to have a jury trial.

“Do I really have to explain that?” Kirk asked the judge regarding the role of a jury. Kirk seemed annoyed at the question.

“Juries vote on guilty or not guilty,” Kirk answered the judge. He also provided answers for the roles of the defense attorney, prosecutor and judge.

According to state prison records, Kirk previously served three years in state prison from 2014 to 2017 on a charge of burglary. Authorities Kirk was one of four men who broke into a home in the Town of Vienna in September 2013.