The fifth annual Connor’s Way Run/Walk will take place on Sunday, Sept. 18, in the Adirondack foothills of Hinckley, with the virtual event taking place now through Sept. 18. 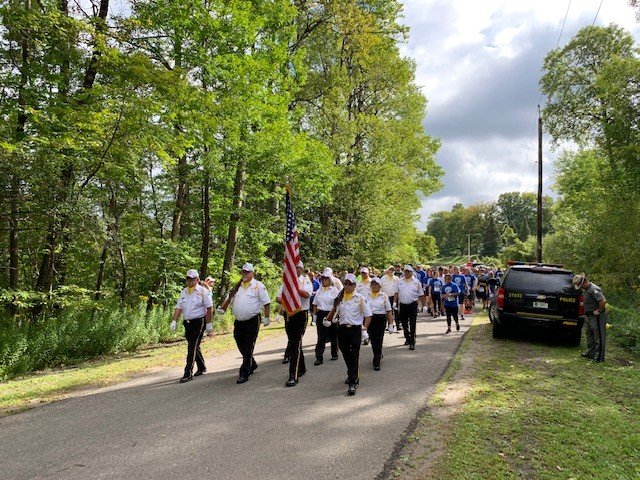 Participants can register online or at the event. More information is available at www.connorsway.com or https://runsignup.com/Race/NY/Hinckley/ConnorsWay5Mile.

HINCKLEY — The fifth annual Connor’s Way Run/Walk will take place on Sunday, Sept. 18, in the Adirondack foothills of Hinckley, with the virtual event taking place now through Sept. 18.

The annual event raises funds for scholarships for area youth and provides assistance to needy families in memory of Connor Arthur Lynskey, who was tragically killed by a drunk driver in 2018 at the age of 18.

In the past year alone, 25 scholarships were awarded to students at 13 different schools in Oneida and Herkimer counties. Over the past four years, over $30,000 in awards have been distributed to area students who excel in academics and athletics/character, as well as a tradesman scholarship awarded in memory of Joey R. Ventura.

Connor was a 2017 graduate of Holland Patent High School and was enrolled as a pre-med student at Siena College, with confirmed acceptance into the Upstate College of Medicine Early Assurance Program. He planned to become a rural doctor once he completed his studies.

His brother, Mike Jr., currently is a third-year resident in the same program, and the two had hopes of opening a rural medical office together before this tragedy occurred.

The Connor Arthur Lynskey Upstate College of Medicine annual memorial scholarship is awarded to a medical student with plans to serve as a doctor in a rural area.

The Connor’s Way five-mile course follows the path that Connor used to run through the beautiful countryside of Hinckley and the Town of Russia. The first year’s event gathered 200+ participants, with 2021’s event topping out at 475 participants, both in-person and virtual.

Information on team discounts is available by emailing don@connorsway.com. The event is a celebration of Connor’s life, with the opening ceremony beginning at approximately 9:45 a.m. with a 10 a.m. start time for runners, immediately followed by the walkers.

Medals are awarded to the top overall female or male runners, as well as to each five-year age bracket of runners. There will be live music by the Crazy Fools, as well as a few food trucks.