Competitors on the 130 or so teams in two divisions at the World Series of Bocce mixed with hundreds of spectators and supporters for a crowd of over a thousand at the Toccolana Club on Friday, … 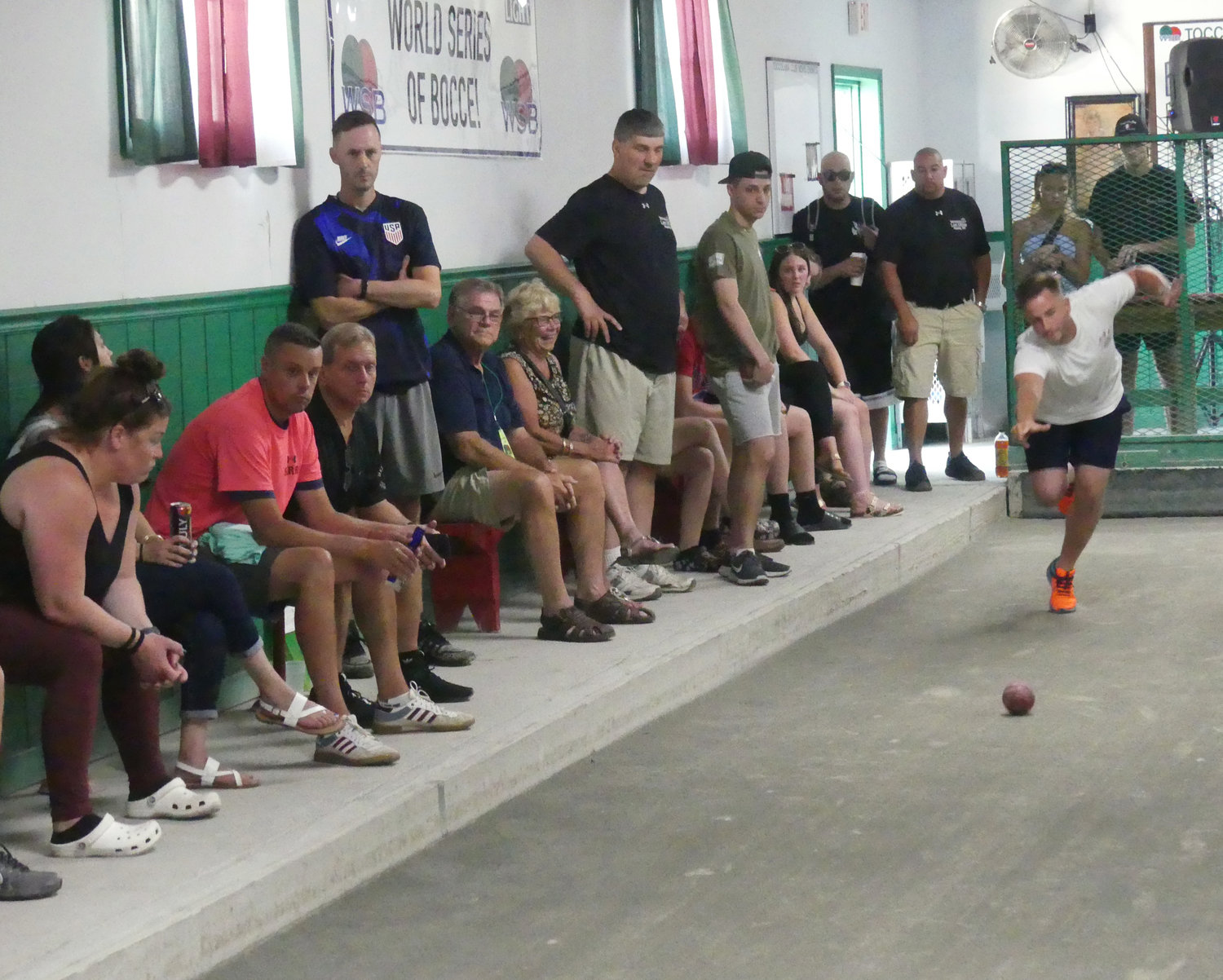 Spectators look on as Dennis Strnad, 28, of Cleveland, Ohio, throws a shot Friday during a match at the World Series of Bocce at the Toccolana Club in Rome. Strnad is a member of the ABV team, which was playing against Rome-based Versace Law Office.
(Sentinel photo by Ben Birnell) 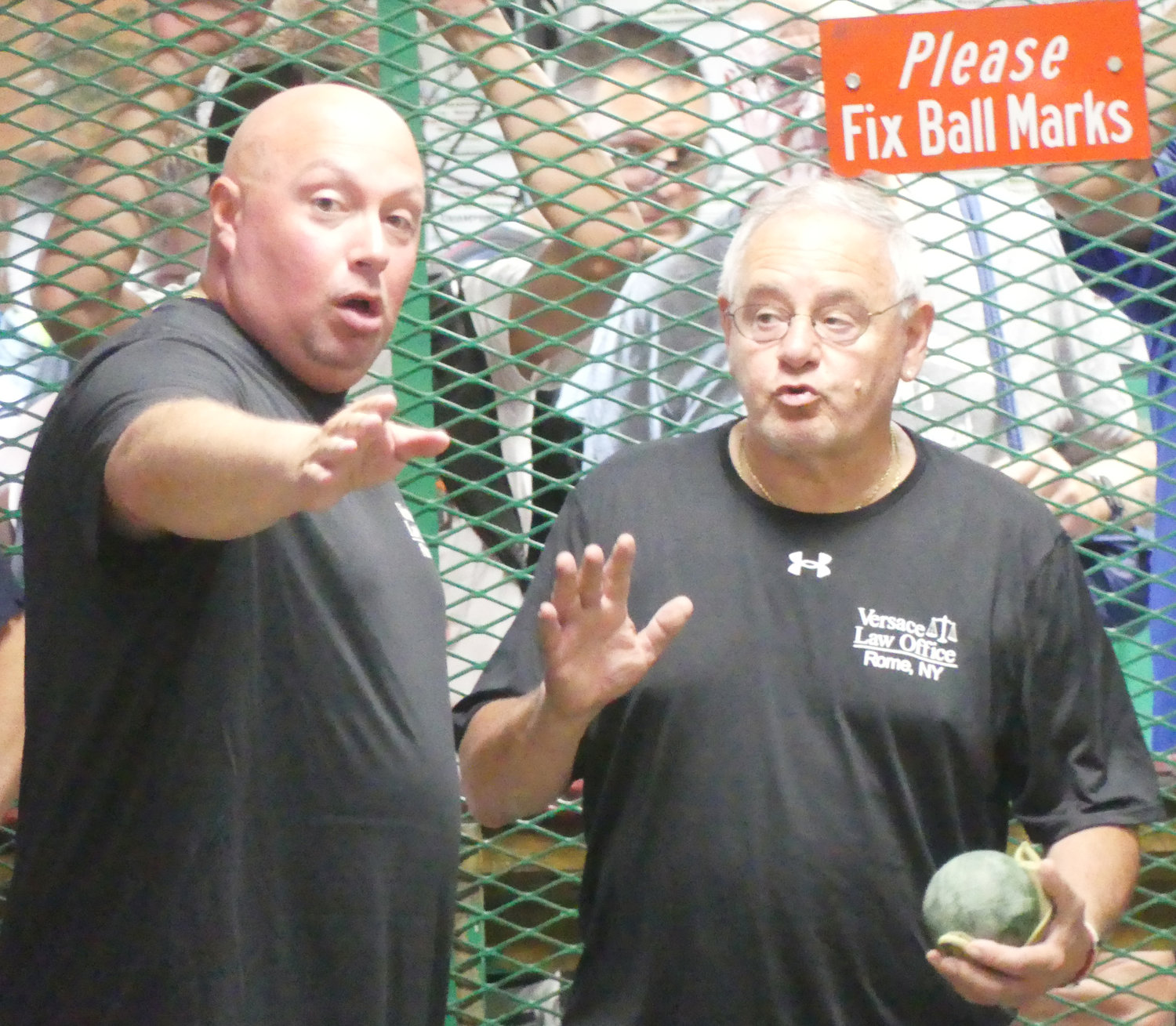 Versace Law Office team members Paul Calicchia, left, and Bernie Colangelo, discuss strategy Friday in a match against ABV at the Toccolana Club in Rome at the World Series of Bocce.
(Sentinel photo by Ben Birnell) 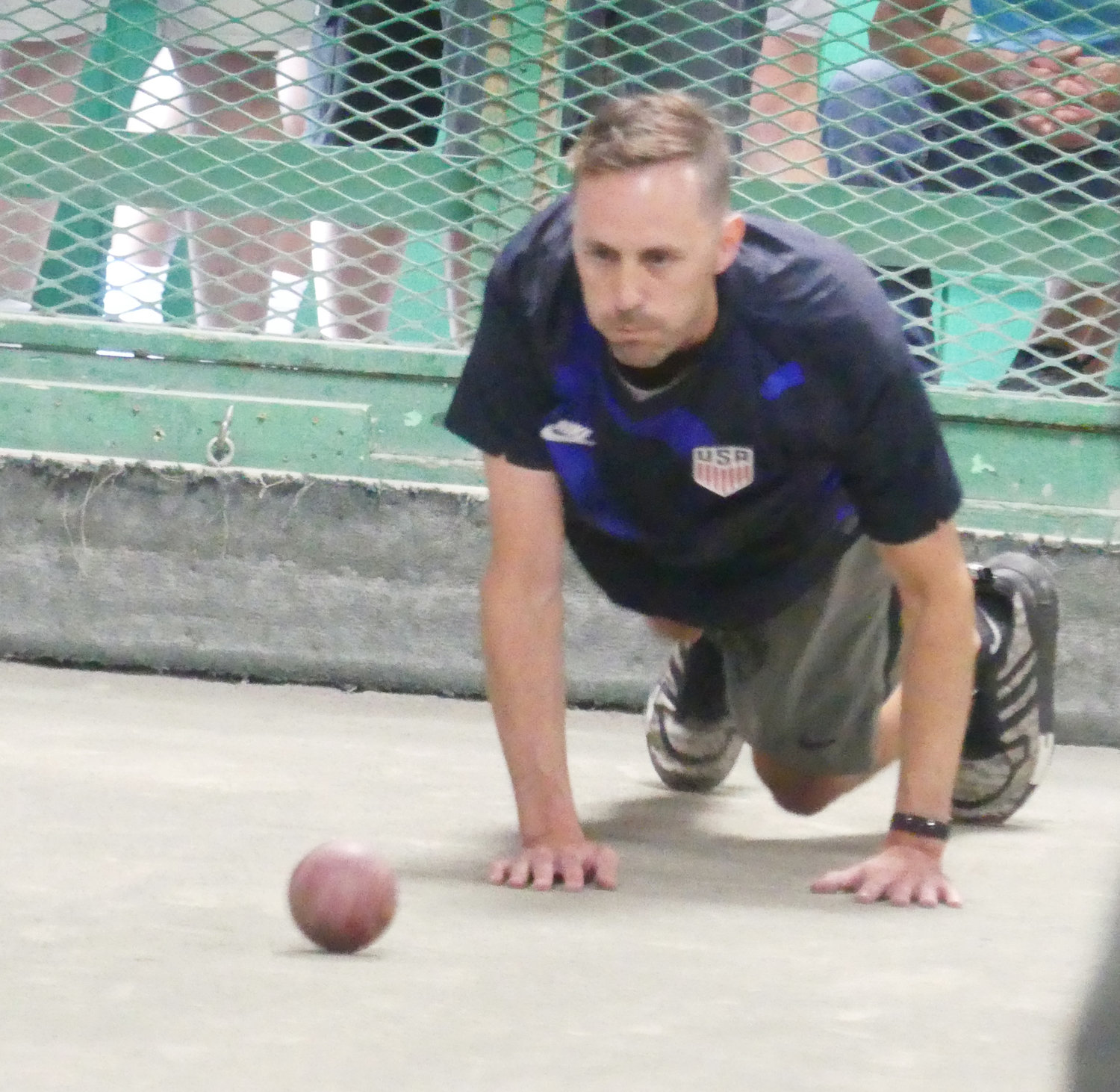 Joe Zdesar gets in position for a shot Friday during his team's match against Versace Law Office at the Toccolana Club in Rome. Zdesar, who is from Cleveland, Ohio, was part of a team named ABV competing in the 47th World Series of Bocce.
(Sentinel photo by Ben Birnell)
Previous Next
Posted Friday, July 15, 2022 8:31 pm
Steve Jones
Sports writer
email / twitter

ROME — Competitors on the 130 or so teams in two divisions at the World Series of Bocce mixed with hundreds of spectators and supporters for a crowd of over a thousand at the Toccolana Club on Friday, the second day of the four-day event, now in its 47th year.

Joe Mellace, one of the event organizers, said it was the best participation numbers for the skills competitions at a World Series.

Co-organizer Mike Ferlo called it “a great turnout” as he walked to his team’s first game Friday. Weaving through the crowd, he said, “People are just ready. They’ve been inside for over two years.” The World Series didn’t take place in 2020 or 2021 due to the pandemic. “Just want to get out here and enjoy the weather.” It was sunny and in the low 80s in the first hour of the day’s games at 5 p.m.

Ferlo said this year’s event is a special one for him, the first since his father, Guy Ferlo, died in May. When Mike Ferlo made the ceremonial first toss Thursday, he said, it was a tribute to his father.

Mellace and Ferlo credited Al Scerra and Bernie Colangelo for their work to get the courts in pristine shape for the event. There are 15 courts between indoor and covered, outdoor locations.

Roger Panara and Joe Froio were awaiting their first game of the event for Bottini Funeral Home. “I’m glad to be back,” said Panara, a Roman who has played for over 30 years. He gestured to the big crowd. “I was surprised. It’s so early and we have so many people.” Panara has three sons at the event from out of town, one playing on the team and two more as spectators (one also has his Rome Free Academy class reunion coinciding with the World Series).

“Rome is the bocce center of the east coast,” Panara said. While other tournaments have had a decrease in participation, the World Series is back to form in 2022, he noted.

“I’m excited,” said Froio, who said he’s played in every World Series so far. He said he had been looking forward to seeing people from out of town.

Jerry Fiorini, part of a newly-formed team for Kekis Citgo, has been participating in the World Series since high school in 1985.

“It’s great for everybody, for the community,” he said of the return to the World Series after the two-year layoff. “This is a big part of Rome right here. Everybody’s here to support the event.” He added: “Everybody gets to see friends they haven’t seen in years. It’s like a family reunion.”