When my father was in his early 30s, circa 1972, he worked as a materials engineer at the Remington Arms plant in Ilion in Herkimer County. 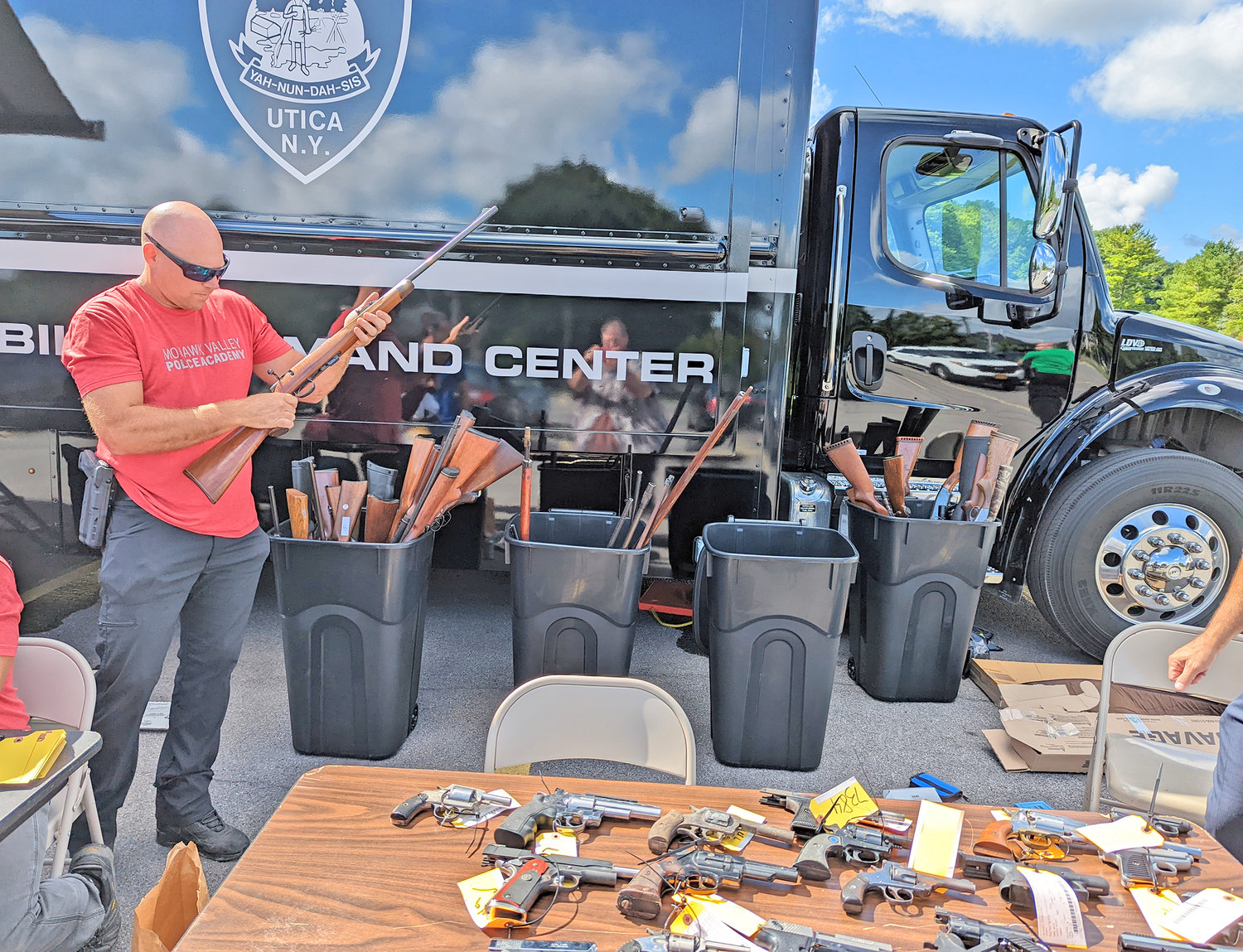 A Utica Police cadet examines reporter Sean Mills’ father’s Remington rifle after it was traded in at the gun buyback event in Utica on Saturday. By mid-morning, the event had already gathered dozens of rifles, handguns and more.
(Sentinel photo by Sean I. Mills) 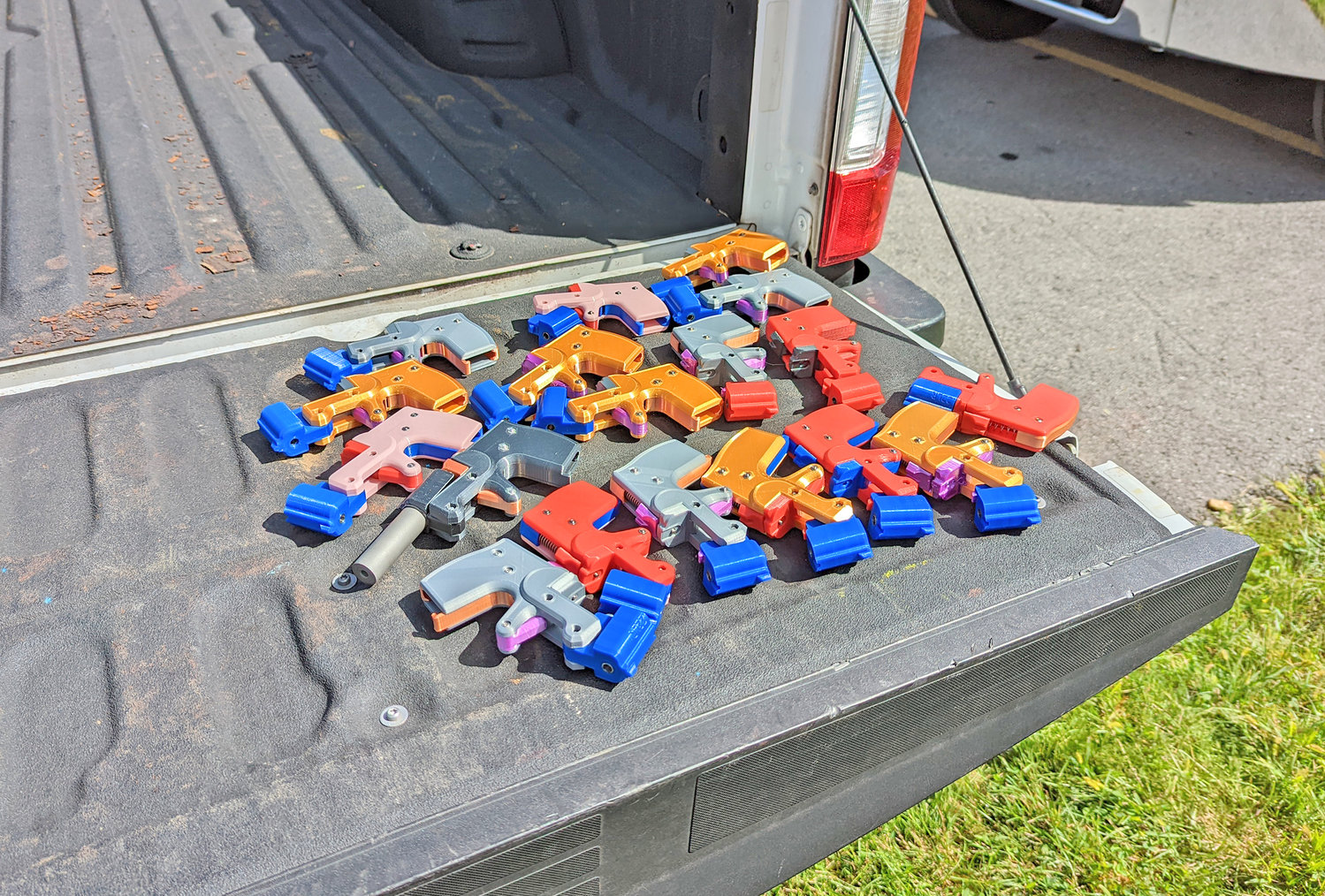 A collection of ghost gun parts collected by law enforcement at the gun buyback event in Utica on Saturday. The toy-like pieces are used to assemble homemade handguns.
(Sentinel photo by Sean I. Mills) 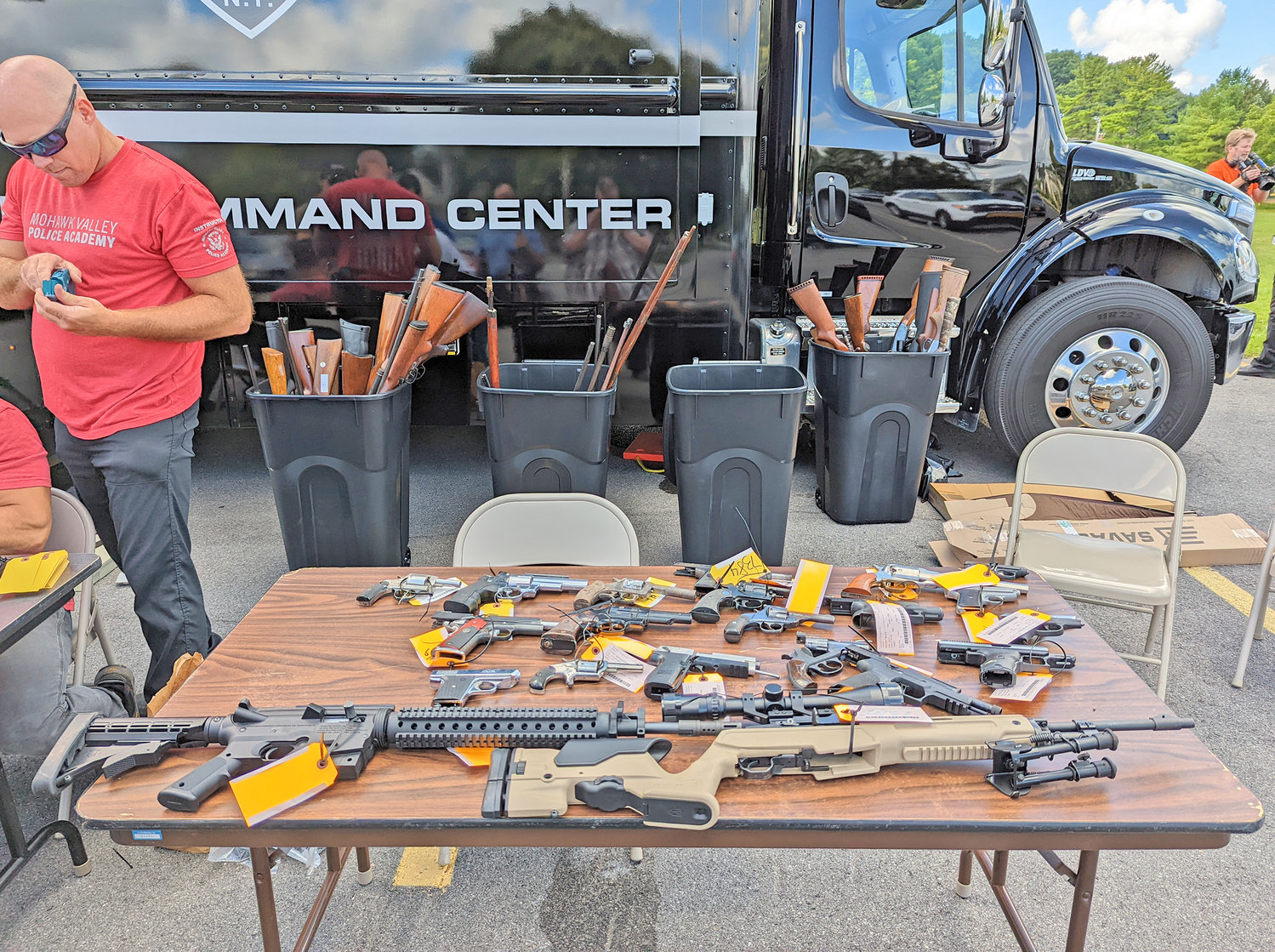 Assault rifles, hunting riffles, handguns and more were traded in for gift cards at the gun buyback event in Utica on Saturday, hosted by the New York State Attorney General’s Office.
(Sentinel photo by Sean I. Mills) 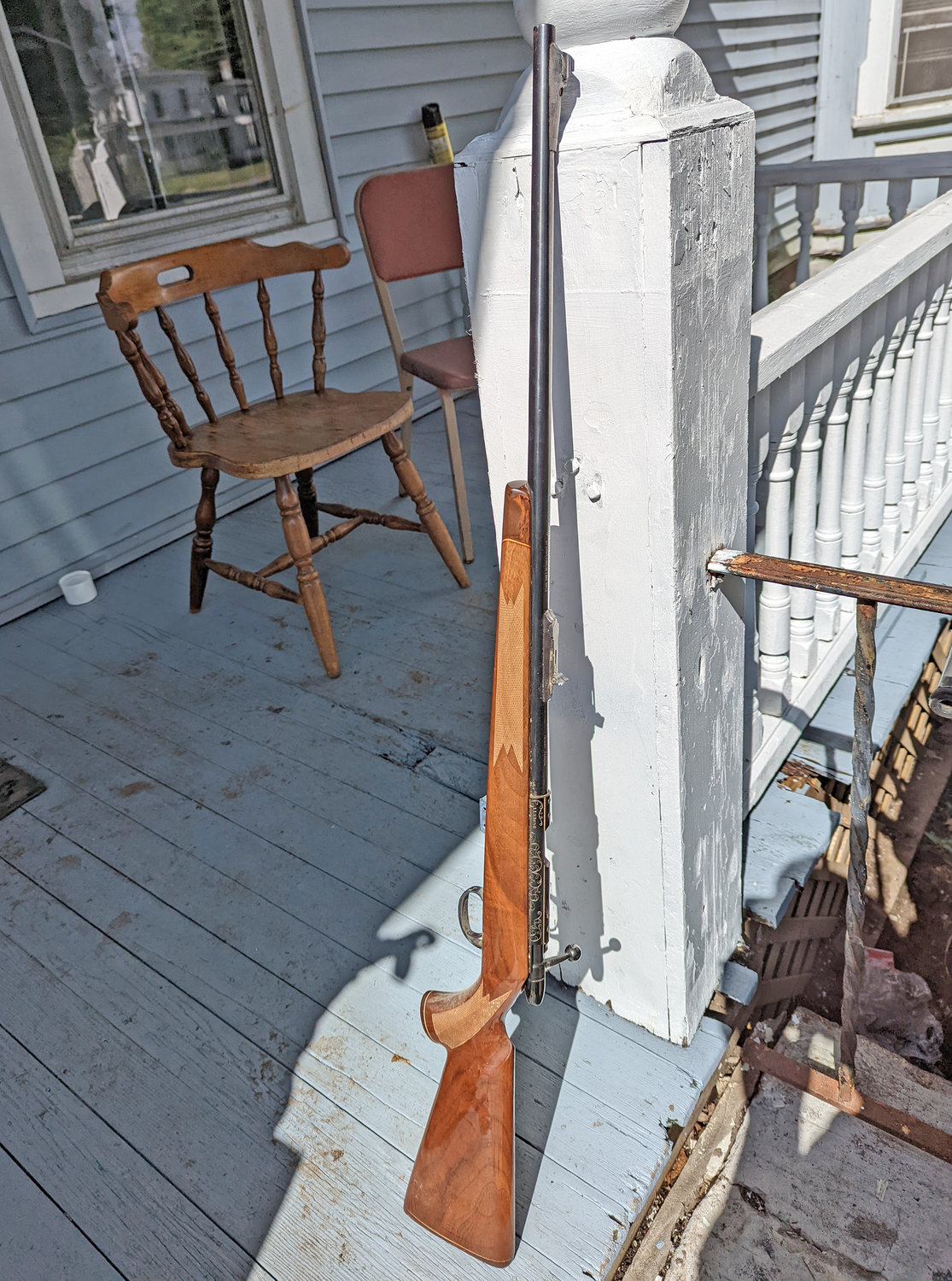 My father's Remington Model 541-S custom bolt-action sporting rifle, passed down to me so I could sell it for $75 at the New York State Attorney General's gun buyback event in Utica on Saturday.
(Sentinel photo by Sean I. Mills)
Previous Next
Posted Tuesday, August 30, 2022 6:17 am
Sean I. Mills
Staff writer
email / twitter

UTICA — When my father was in his early 30s, circa 1972, he worked as a materials engineer at the Remington Arms plant in Ilion in Herkimer County. The only gun he ever owned was a Remington Model 541-S custom bolt-action sporting rifle that he bought through the employee purchase program and gifted to his parents.

For more than 40 years, the rifle sat above my grandmother’s fireplace on the old family farm — until she passed away in 2013, at which point the rifle returned to my father. It has never been fired.

He gave me the rifle a week ago. On Saturday — at his insistence — I traded it in to the New York State Attorney General’s Office at their annual gun buyback event in Utica. Now I have a $75 gift card usable anywhere MasterCard is accepted. I don’t know what I’m going to spend it on.

Every year — pandemic excluded —  the AG’s Office holds gun buyback events throughout the state. No questions asked, no background necessary. Ordinary civilians can drop off as many unloaded guns they want and get gift cards in return — from $25 for non-working and antique guns up to $250 for assault rifles.

“Gun buybacks, such as the one we hosted (Saturday), are one of the many ways I am working to combat this crisis, reduce crime, and protect New Yorkers from harm. Every gun that was turned in is a potential tragedy prevented and a potential life saved, and I thank the Utica Police Department for their invaluable support and collaboration.”

A total of 296 firearms, including 177 ghost guns, were turned over to law enforcement at Saturday’s event in Utica. The events have been ongoing since 2013, and more than 5,300 firearms have been collected to date across the state. More than 3,300 firearms have been recovered since James took office in 2019, when she enhanced and refocused the events.

After hearing about these gun buyback events in the past, my father decided it might be a good idea to trade in his rifle and see what the process is like firsthand. It was only ever going to collect dust in his closet, after all.

When I arrived at the Utica Recreation Center on the Memorial Parkway Saturday morning, the AG’s Office and the Utica Police Department had already collected dozens of firearms. The process was quick and easy, with an officer checking to make sure the rifle was safe before giving me a certificate to pass along to the people handing out the gift cards only a table away.

They handed me an envelope full of gift card paperwork and the card itself and I was done.

In the short time I was there, the event was continuously busy, with new people showing up seemingly every minute with a wide variety of different weapons.

“Reducing gun violence is a top priority of my administration,” said Utica Mayor Robert Palmieri in a release.

“The city was proactive in utilizing federal resources to hire more police officers to specifically reduce gun violence. These actions, coupled with efforts such as the gun buyback initiative, have substantive impact in addressing gun violence. I commend Attorney General James for her continued leadership on this important issue.”

According to the AG’s Office, they’ve received a lot of positive feedback from the communities where they’ve held these events, and they’re confident that the program is working and making an impact. The buybacks are funded entirely by criminal forfeiture funds seized from drug and gun traffickers, officials said.

Now their trafficking money is burning a hole in my pocket. Maybe I’ll take my parents out to dinner.

“These events are to get guns off our streets! Both agencies work to make these event accessible for all that have a gun or guns that need to be turned over to the authorities.”

Another gun buyback event is scheduled in Rome in October.