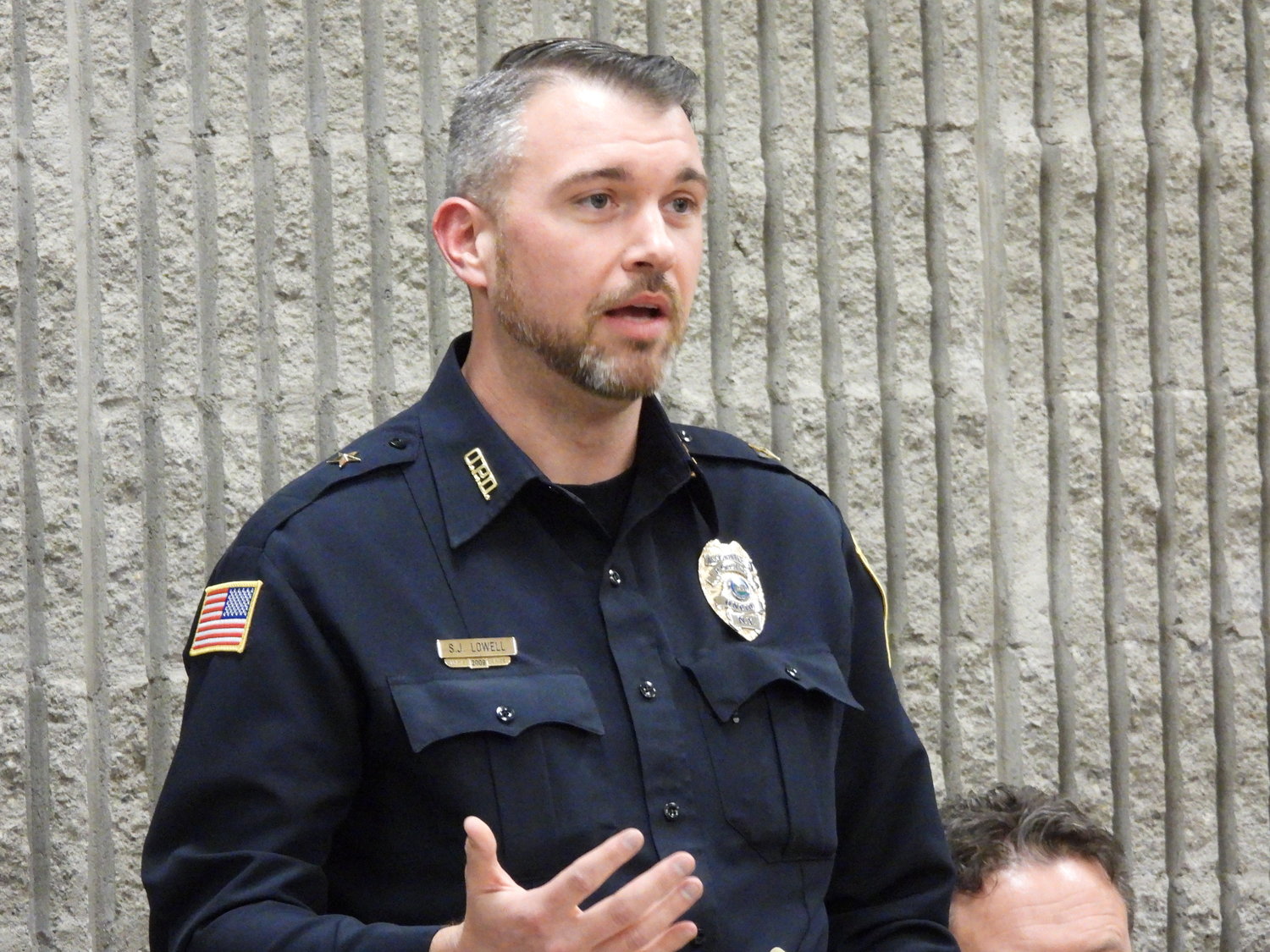 $150,000 GRANT — Assistant Police Chief Steven Lowell speaks on the benefits of the $150,000 that was recently awarded to the Oneida City Police Department and how it will be used to fight against violent crime in Oneida.
(Sentinel Photo by Charles Pritchard)
Posted Thursday, December 9, 2021 9:40 am
Charles Pritchard
Staff writer
email

ONEIDA — The city of Oneida passed its $25.5 million spending plan for 2022 at Tuesday’s Common Council meeting with no tax increase.

Among changes made to the budget during meetings included the following:

The Common Council approved hiring two police officers and one sergeant, but the sergeant will not be hired until September.

The Fire Chief position received the raise that was in the mayor’s proposed budget.

Sewer rents will increase 35% to match inflation costs that had not been adjusted for years. So, for example, on a $50 sewer bill, it will go up $17.50.

The ARPA budget was decreased by $100,000. The Common Council reduced the amount for the Council Chambers Sound System to $10,000 and moved the side-by-side ATV back to the general fund budget.

The budget was passed unanimously by the Common Council.

Ward 6 Councilor and Deputy Mayor Tom Simchik thanked the city council, Comptroller Lee Ann Wells, and City Clerk Sandy LaPera for all the work that went into the budget discussion, the department heads for being available to talk and answer questions, and Mayor Helen Acker for providing a “...fantastic budget to work on.”

The budget can be found on the city website at oneidacity.com.

Assistant Police Chief Steven Lowell was recognized for his grant writing skills and recent achievement in securing a $150,000 grant from the Department of Justice’s Rural Violent Crime Reduction Initiative.

Lowell said this money would be used in a two-pronged attack: enforcement/engagement and environmental design.

This means money will be used to allow for more overtime at the Oneida City Police Department and install equipment such as cameras and lightings to make law enforcement easier.

Lowell was lauded for his grant writing efforts and encouraged by Acker to continue.

A public hearing was held on a proposed local law that would impose a 12-month moratorium on the construction and operation of wind energy facilities, wind turbines, and small wind energy systems in the city of Oneida.

No one had signed up to speak for the public hearing.

The Oneida city council scheduled its closeout meeting for Thursday, Dec. 30, at 8 a.m. in the Council Chambers.