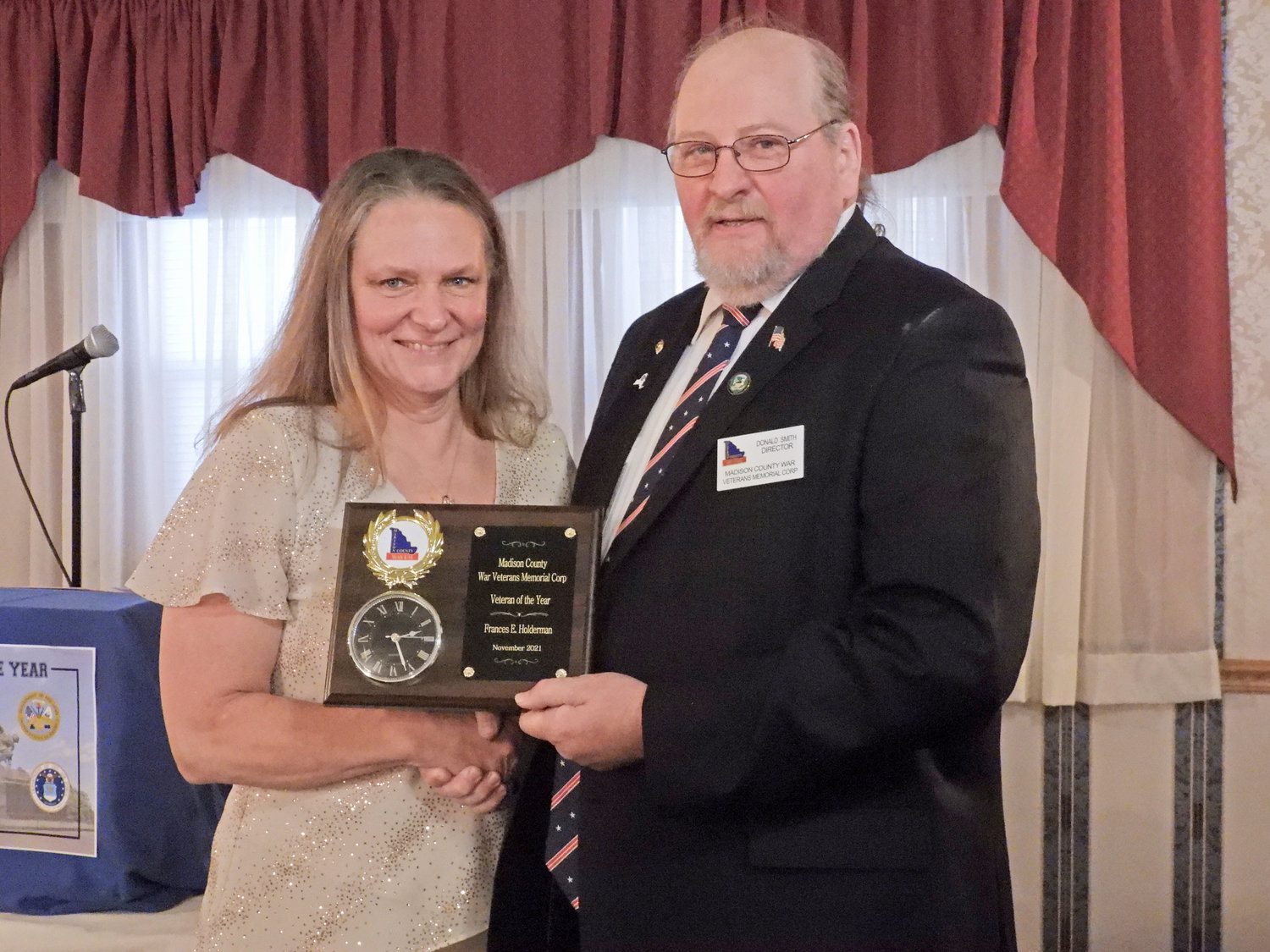 VETERAN OF THE YEAR — WAVEM President Don Smith presents Frances Holderman with the Madison County Veteran of the Year Award, recognizing her for her exemplary military career and service to the community.
(Sentinel photo by Charles Pritchard) 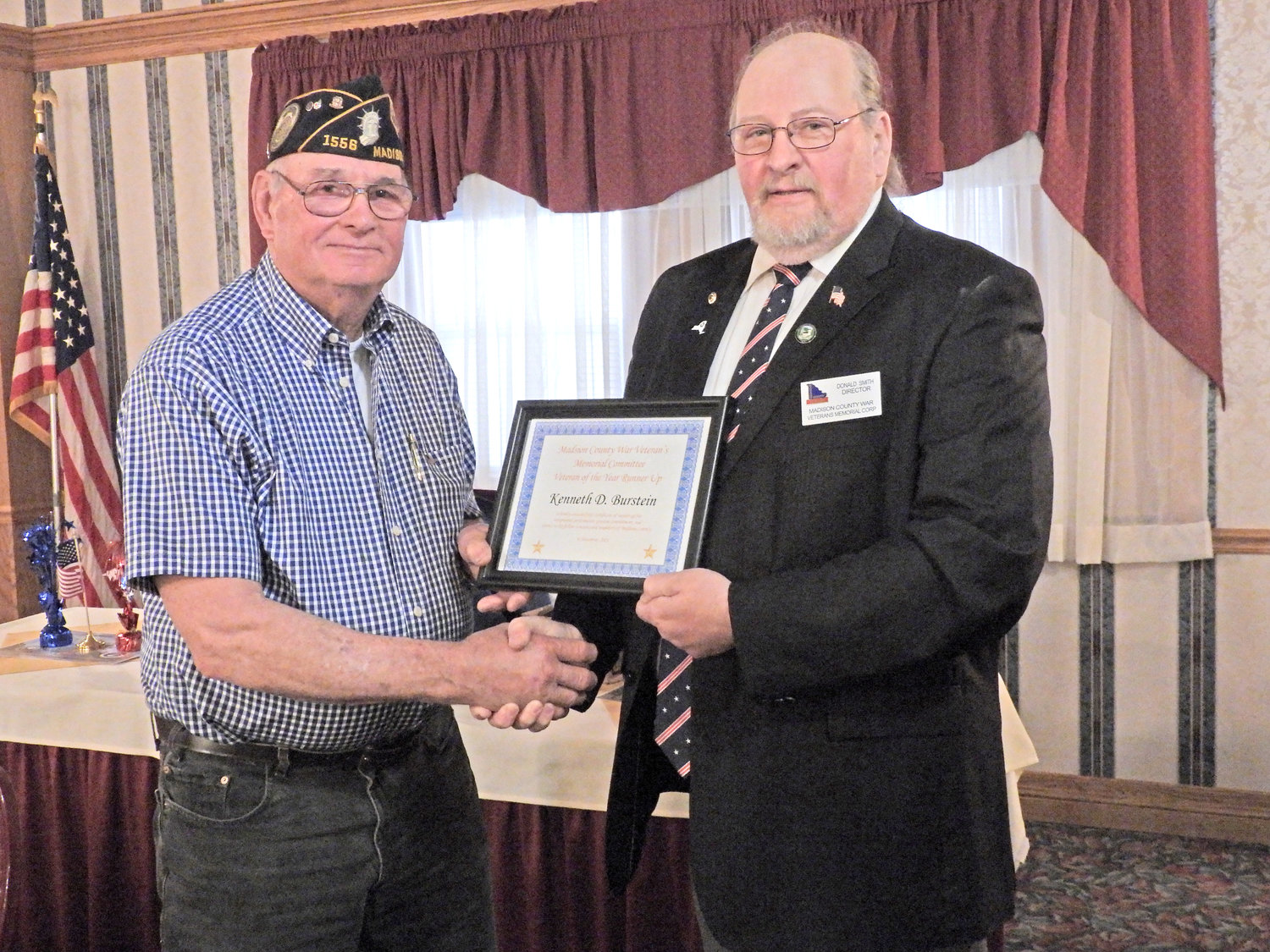 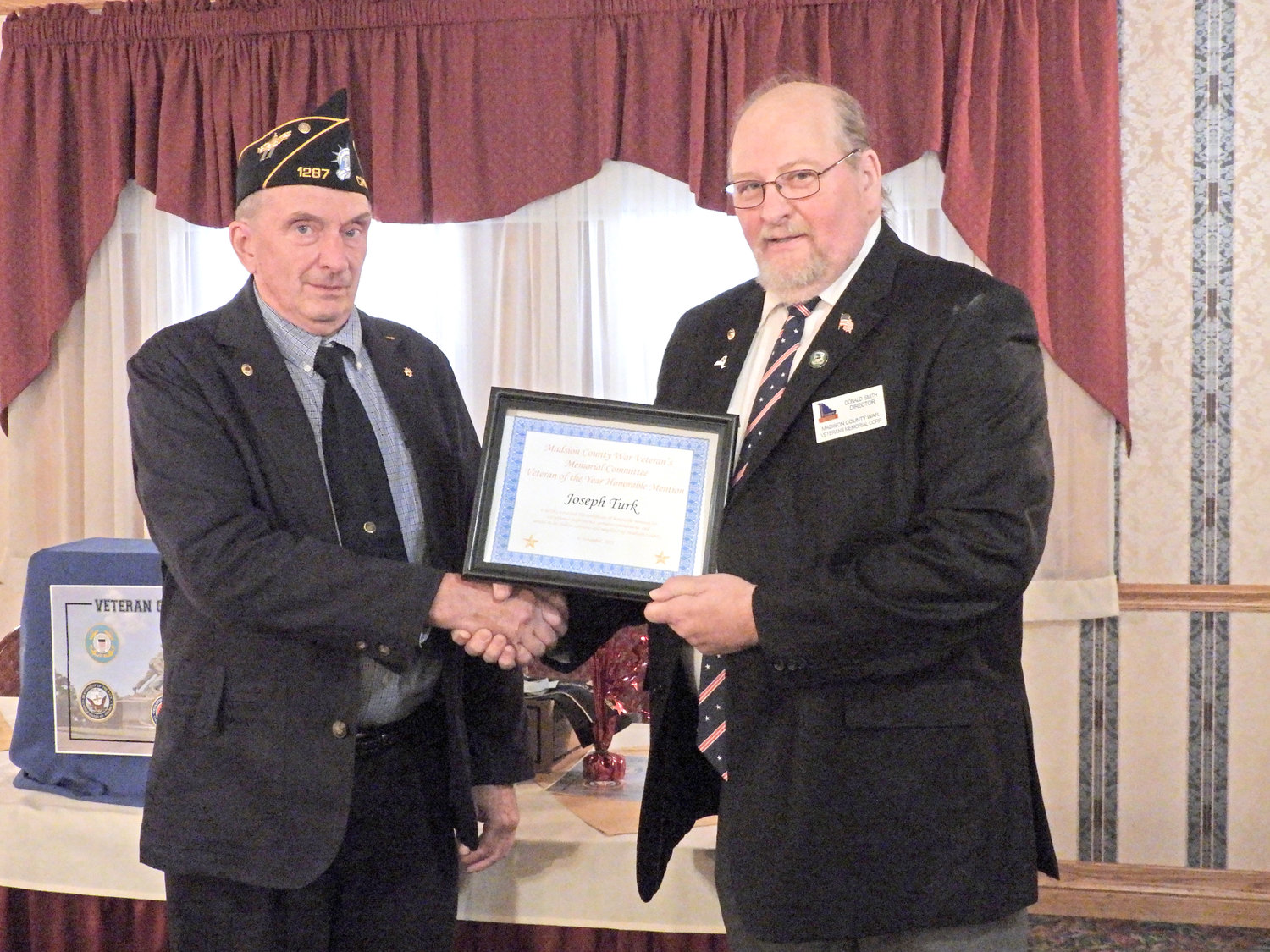 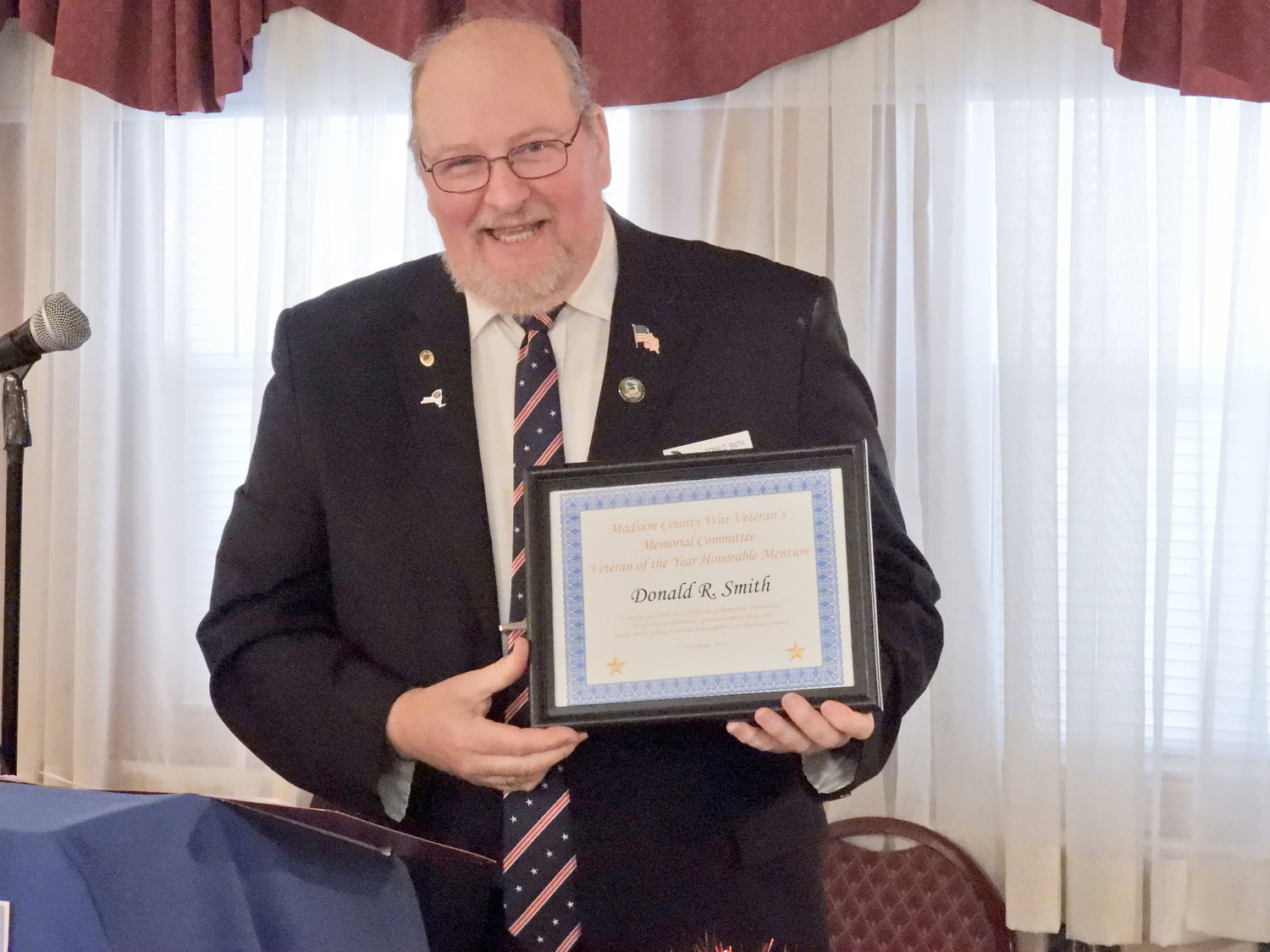 CANASTOTA — Frances Holderman, a Canastota resident with 20 years of service with the Army, was named Madison County’s Veteran of the Year.

“The purpose of the program is to acknowledge a veteran’s contributions and accomplishments made during their service and the continued involvement in religious, civic groups, or service organizations that strengthen our community,” WAVEM President Donald Smith said.

The program started in 2018 and took a hiatus during the pandemic in 2020. The program was modeled after the Loyal Order of the Moose Club’s program, which fell dormant with the organization’s closing. Applications for a veteran are done on behalf of a third party and chosen by the Veteran of the Year committee with no other information other than the applicant’s service and community involvement.

2019’s Veteran of the Year was Bennie Roher, a Korean War veteran who served in the U.S Army in 1951 and was assigned to an anti-aircraft unit. He was recognized for his service to his country and work volunteering at his local American Legion for more than 60 years.

Benner died between the time he was nominated and the award ceremony. A certificate will be presented to his family for his nomination.

Holderman was chosen not only for her long military career but the accomplishments she’s made during that time and after, officials said.

After serving her country, Holderman pursued a culinary arts degree and earned two associate degrees in 2007.

Holderman has been a long-time member of the American Legion, the Veterans of Foreign Wars, and the Disabled American Veterans — volunteering for many roles. She’s organized fundraising for veterans and children’s programs, participates in the color and honor guard squads, and provides military honors at funerals.

She also volunteers to help seniors, especially by visiting and delivering care packages during the holidays. As of late, she’s been volunteering at a local soup kitchen and has become a hospice volunteer, visiting ailing veterans.

“Frances is an exceptional example of the intent of our Veteran of the Year program,” Smith said. “She served proudly and continues that caring community service for the military.”

Holderman made a promise to a friend to speak if she won and had a small speech prepared. Holderman said she tries to live by the words of William Shakespeare: “Love all, trust a few, and do wrong to no one.”

“To receive such an award is humbling and unexpected,” Holderman said. “I don’t see myself as anything more than a small piece to a great puzzle.”

In attendance were Assemblyman John Salka, R-121, and Senator Rachel May, D-53, who had proclamations for Holderman, formally recognizing her as Madison County’s Veteran of the Year.

May had a chance to talk with Holderman before the ceremony. “I asked her what she did, and Fran said she was a cryptologist and followed that up with ‘That doesn’t mean I’m smart,’” May said. “And in the course of a conversation with her, I know that’s not true. She’s whip-smart, as well as humble and richly commended by the military for her service.”

May added that Holderman, like many veterans, has volunteered in her community to such a degree. “On behalf of the New York State Senate, I’m proud to honor you as Madison County Veteran of the Year.”

Salka said throughout the years he’s had the opportunity to honor and speak with veterans, being humble is a trait that all seem to share — just as Holderman does. “They go about their job, staying focused, protecting our rights and the United States of America, staying true to their task,” Salka said. “And this is why they need to be recognized each and every day. This is an award for Veteran of the Year, but we know that every single day belongs to our veterans — to honor and support them in their continued efforts to keep our country and community strong and safe.”