Plans for an $18.5 million project to restore and convert multiple buildings in the city’s downtown area for mixed use have been announced. 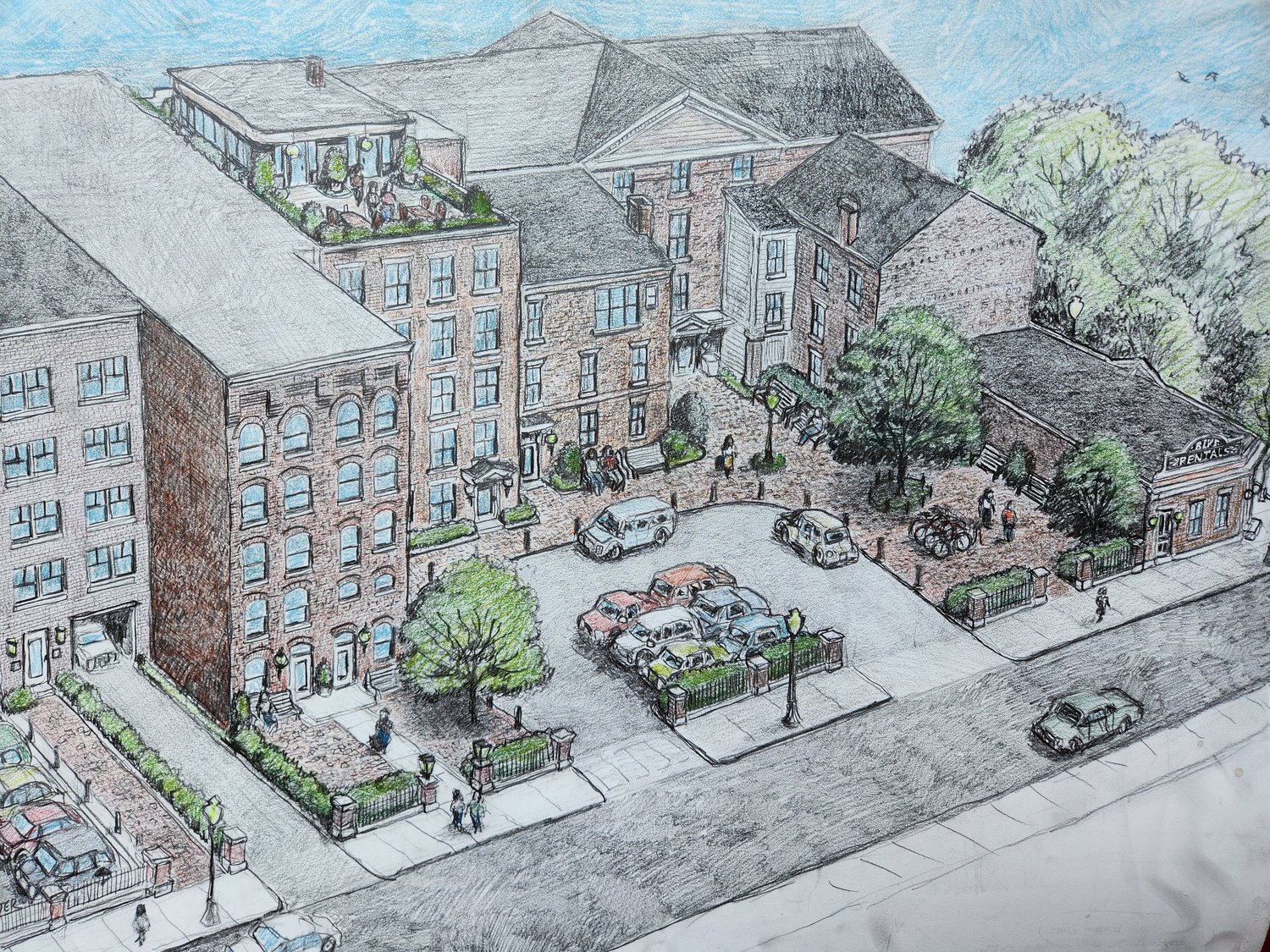 An illustration of what ​​​​​​Utica Mechanics Hall could look like is shown in this artist’s rendering. The project would be located in the Lower Genesee Historic District. With a budget of $18.5 million, the project is expected to include up to 58 market rate residential units, commercial space and dedicated parking.
(Artist’s rendering courtesy Utica Mechanics Hall Project)
Posted Friday, November 18, 2022 8:00 am

UTICA — After a multi-year undertaking to assemble the Utica Mechanics Hall Project, Mark Mojave, principal in 118 Liberty Street, LLC, has announced development plans for an $18.5 million project to restore and convert multiple buildings in the city’s downtown area for mixed use.

“With the development taking place in the immediate Bagg’s Square neighborhood a project like UMH just makes sense,” said Mojave. “Connecting to the neighborhood on a pedestrian scale is critical.”

The project may include up to 58 market rate residential units with neighborhood commercial space on the first floor and dedicated off-street parking.

The Utica Mechanics Hall Project will be located in the Lower Genesee Historic District.

Included in the overall project are:

Due to prior significant changes to the building at 108-118 Liberty Street it is deemed to no longer contribute to the Lower Genesee Street Historic District. Demolition of the structure is anticipated to occur in the coming months and is part of the overall site redevelopment plan.

Dedicated off street parking is planned along the east side of Seneca Street.

The project is eligible for the historic tax credit program. In addition, the project was awarded a $2 million New York State ESDC grant.

Developers released an artistic sketch of a concept plan that shows the back of Mechanics Hall and shows the main entrance to UMH with a western orientation facing the new Nexus Center and the Wynn/ MVHS Hospital.

Pending all necessary reviews, UMH project design will be finalized and subsequent completion will be in 18-24 months, the announcement by the project’s developers said.

“It has been a long road to get here. Between the NYS DOT 5S Highway Safety Project with beautiful results, COVID and then property and water damage tied to a lengthy, and still unresolved city lawsuit, there have certainly been challenges,” added Mojave, who also owns and operates Gerber’s 1933 Tavern on the corner of Hotel and Liberty streets.

“However, given what County Executive (Anthony J.) Picente, Mr. (Robert) Esche and the Aud Authority have accomplished with Nexus, then add the new Wynn/MVHS to that — I don’t think there is any stopping what has already begun,” Mojave said.

“Also, I have to say that over so many years, New York State and its various agencies have been a critical partner,” Mojave added.

In looking ahead, Mojave said, “I would like to see greater strategic cooperation between our local municipal leaders, because I think there are greater opportunities. There are certainly key elements to urban revitalization that we have in common. Land use is of course central. Another is our rich history. I hope we can build on that. As a community the time to reimagine our future is now.”

To find out more about UMH and to stay up to date on project news, please follow “Utica Mechanics’ Hall” on Facebook.