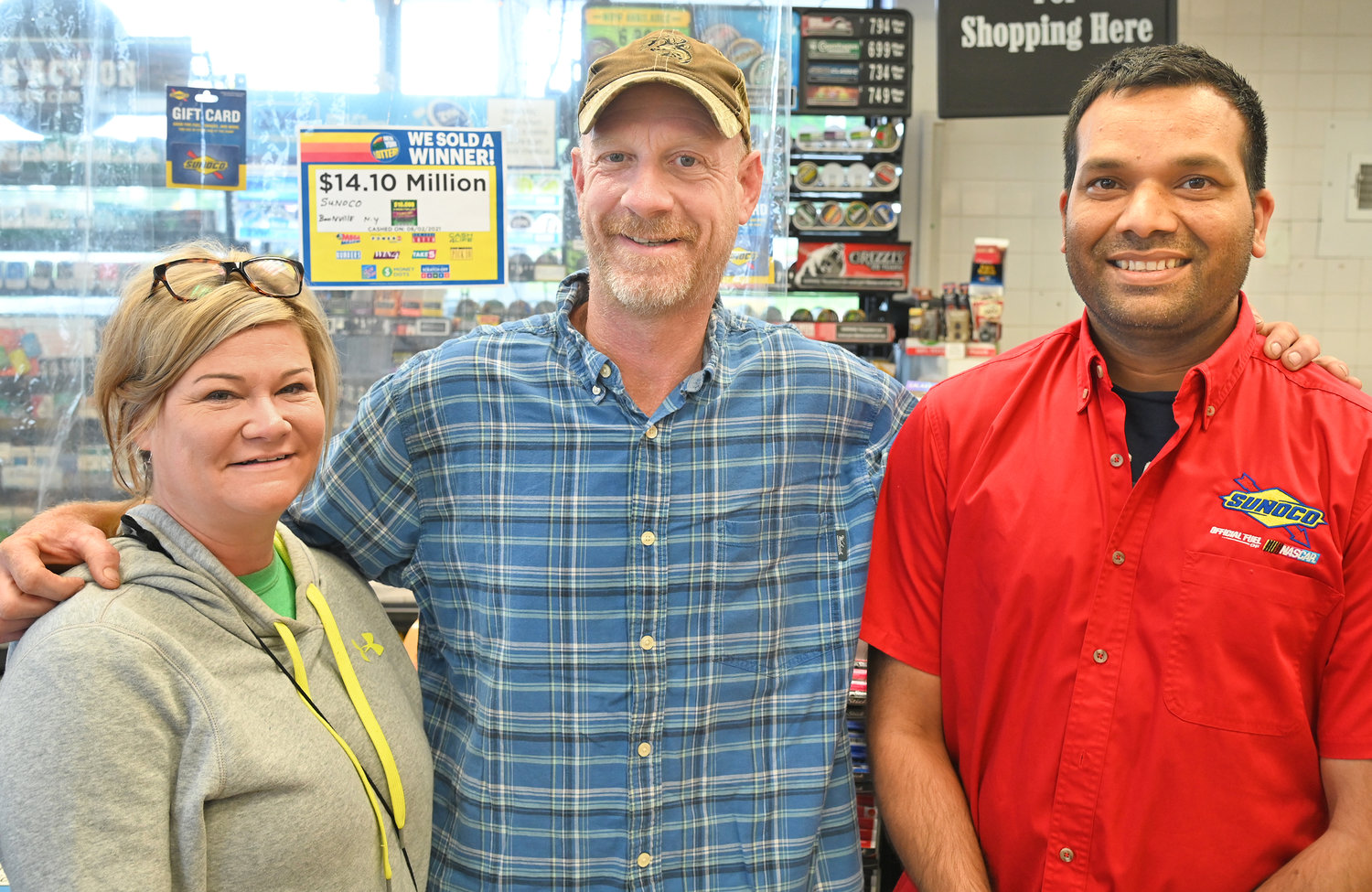 BOONVILLE — When David Signor purchased a lottery ticket from the Boonville Sunoco on May 28, he never anticipated how it would change his life.

“It is very, very exciting,” Signor said. “It’s a very good feeling not having to worry anymore about where your next dollar is coming from and knowing we’re set.”

Signor is not originally from Boonville. Love led him there. He came to the North Country to be with his girlfriend, Mackenzie Earle.

“She led me here, to this little small footprint on the map,” Signor said. “It’s pretty wild.”

The first thing he thought about after winning was taking care of his elderly parents and making sure his two children are set up for a secure future. Signor has two sons, Nolan, 18 and Dylan, 16.

When Signor was a star lacrosse player at Syracuse University decades ago, he suffered one of his greatest heartbreaks during Memorial weekend, which made his win at that time even more meaningful.

“The true miracle of the story is that (on Memorial day weekend) 1995 I played for a National Championship team,” he said. “And I got shorted my dream by being taken out of the game and had to sit out and watch my final game. I felt like I had something taken away from me. To be blessed on that very same weekend, based on what that game represents to me, it gives me chills that I have been blessed in so much abundance. It took a long time to come around but it feels like a higher power was involved.”

Although he has been playing the lottery for years, Signor said he is now done.

“This one ticket was a once-in-a-lifetime experience,” he said. “I never thought that I could say that I was done buying lottery tickets. The dream is out there, I just never thought I would know anybody who won big.”

Signor has worked all of his adult life in the construction field, but those days are done now, he said. As an avid sportsman, he now plans to spend his time hunting and fishing.