Ryan Borruso is seeking a fifth Rome City Men’s Amateur Golf Championship this weekend, and has won the last two. 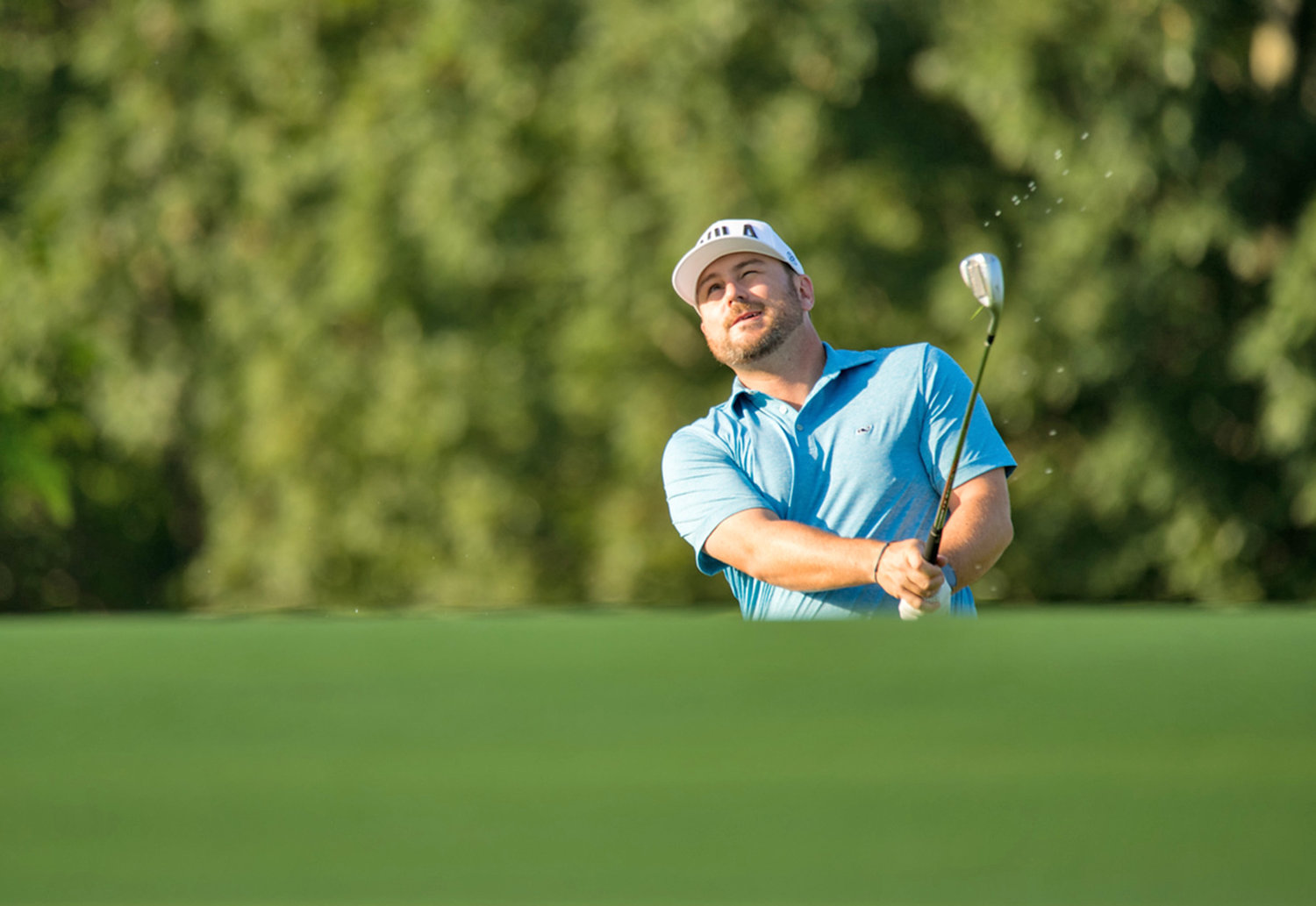 Ryan Borruso is seeking a fifth Rome City Men’s Amateur Golf Championship this weekend, and has won the last two.

The 59th annual tournament tees off Saturday, and will be played over two days at Rome Country Club and McConnellsville Country Club.

The tees times for the Championship Flight Saturday are:

Event co-chair Jim Korpela noted that there are 116 golfers in the field this year, up slightly from the typical turnout.

“This is one of the bigger fields we have,” Korpela said. “What really helped was the New York State Golf Association recognizes us now and they put our application on their website. That has helped us get the word out. We got some more people from the Syracuse area and the Oswego area because of that.”

“I expect those last two or three groups to be really competitive and be up there,” Korpela said. And while he said Borruso “is probably the golfer to beat,” he said, “It wouldn’t surprise me if they gave Ryan a run for his money.”

There are a few golfers who Korpela said he could see claiming their first title. McMahon was second at the McConnellsville club championship. Birnie competed this week in the New York State Men’s Amateur Championship. Carlson routinely finishes in the top five at this event. And Waters (Sentinel Media Co., president and publisher) could make some noise with his big drives.

“We’re looking forward to what looks like every single flight being competitive,” Korpela said.

And the weather and conditions seem to be cooperating too. “It’s supposed to be clear both days with a high in the upper 70s, which is almost perfect golf weather,” Korpela said. He said he played both courses in recent weeks and they “are both in good shape.” He added, “Course conditions and weather should not be an issue at all.”

Besides Borruso, who Cupp said has to be the favorite, he noted that Occhipinti is a top contender as well. If Fiorini, who Cupp called “a perennial favorite,” has been playing a lot lately he’d also be in the mix to win. McMahon, Cupp said, knows both courses well, which could help him put up top scores.

Cupp also pointed to a component of golf that could make a big impact. “Number one skill in Rome City Amateur Golf is patience,” he said. “It’s amazing how frantic minds get racing out there, especially Sunday when people are in contention.”

Kyle Siegel, in his first year as the head golf pro at McConnellsville, said the course is ready. “We’re in really good shape right now.” He added, “Greens are fast. Highly recommend guys come and hit some practice putts before.”

Siegel said that Borruso might be the favorite, but he pointed to McConnellsville members Fiorini and McMahon as contenders to challenge him.

There are a few skills that should help golfers do well at McConnellsville, he said. “In any golf tournament who ever is putting the best is winning.” And experience at the course will help with that. “Understanding our funky greens, understanding not to be above the hole,” he added. Wedges will be crucial too, he said, because good shots inside 100 yards will lead to good putting opportunities.

It was moving day at the 99th New York State Men’s Amateur Championship Wednesday, with 21 players under par through 36 holes of at Onondaga Golf & Country Club.

Charlie Berridge and Nic Whittaker shared the lead after two days, with both at 7-under.