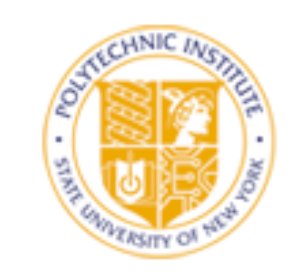 MARCY — The State University of New York Polytechnic Institute has announced 10 teams of students have emerged as regional finalists following the conclusion of the Mohawk Valley regional semifinal of the New York Business Plan Competition, hosted by SUNY Poly.

Among the finalists, named Monday, advancing to the finals of the statewide New York Business Plan Competition are nine SUNY Poly student-led teams,
as well as one team featuring SUNY Poly and Adelphi University students that pitched plans related to the tracks listed below.

Teams comprised of SUNY Poly students that will compete in the next round include, by category:

The Mohawk Valley semifinal competition drew interest from 45 students who competed as part of 18 teams. They pitched their game-changing business proposals for a chance to reach the final round and win cash prizes. Semifinal round competitions in nine other regions across New York either have been held or are scheduled to take place prior to the final round.

Hundreds of students from accredited colleges and universities throughout New York State are participating in the competition. Each team that enters pitches a business idea as part of either a virtual or in-person semifinal event. Pitches are evaluated by an experienced panel of judges comprised of business and industry professionals, with selected teams then participating in the finals to take place online the week of April 11, followed by live and online pitches April 20. After this
process, the first place teams from each track will pitch live at the Grand Prize Finals at the WCNY Broadcast and Education Center in Syracuse on Wednesday, April 27.

According to NYBPC organizers, since 2010, the NYBPC has helped to launch more than 100 student-led ventures, awarded over $1 million in prizes, and generated more than $100 million in economic impact. Upstate Capital Association of New York State is the NYBPC’s leading organization, and the initiative is sponsored by Empire State Development’s Division of Science, Technology, and Innovation (NYSTAR) and The Research Foundation for The State University of New York, among others.

For information about the 2022 New York Business Plan Competition, www.nybpc.org.