WESTMORELAND — Everyone has a passion. It could be postage stamps, old baseball cards or Precious Moments porcelain figurines. For Tony Taurisano, of Lower Lawrence St., it’s street lights. … 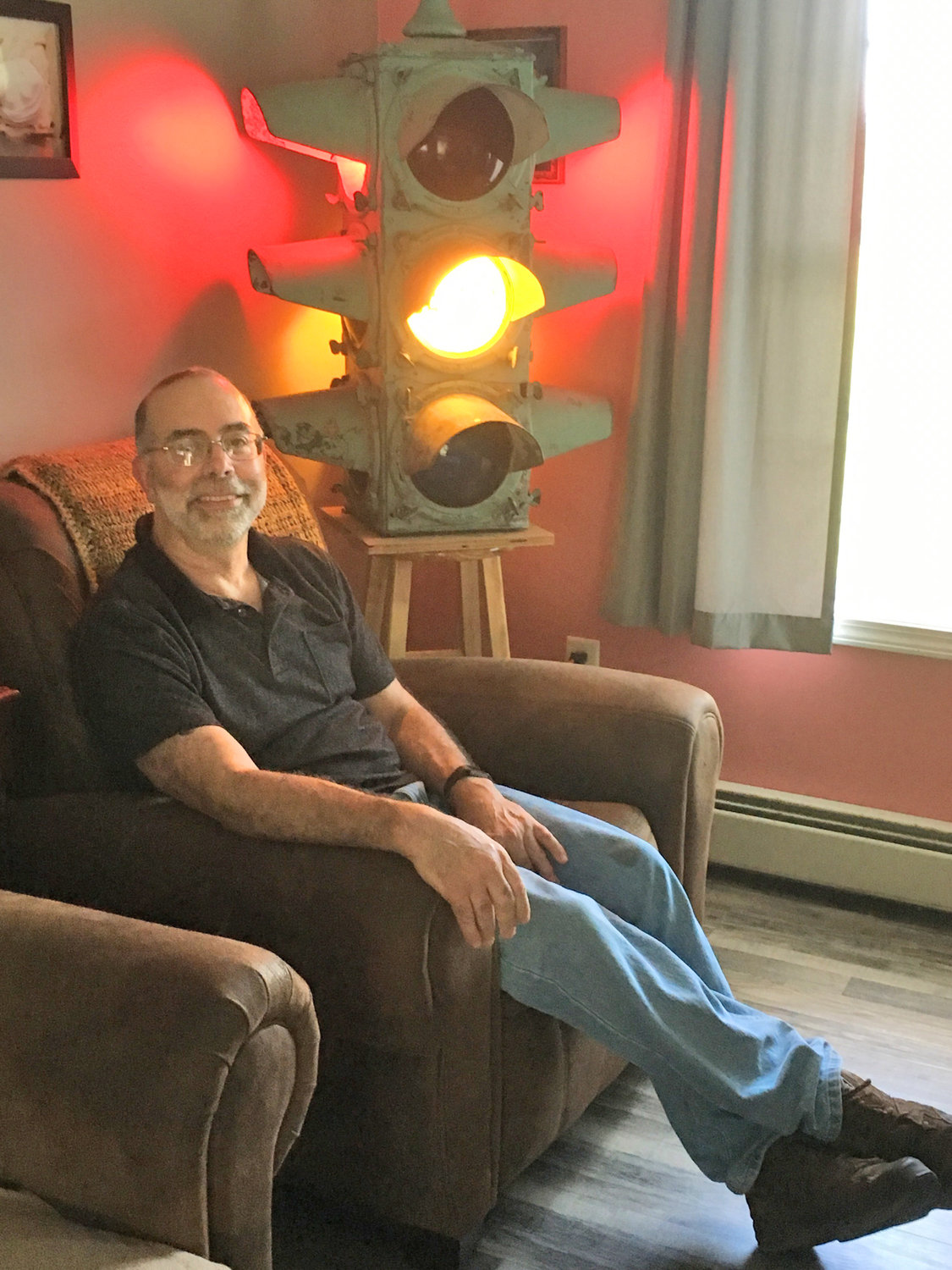 HE LIKES LIGHTS — Tony Taurisano, of Lower Lawrence Street in Westmoreland, has been an avid collector of street lights for the last five years. Some can even be found in his living room.
(Photo submitted) 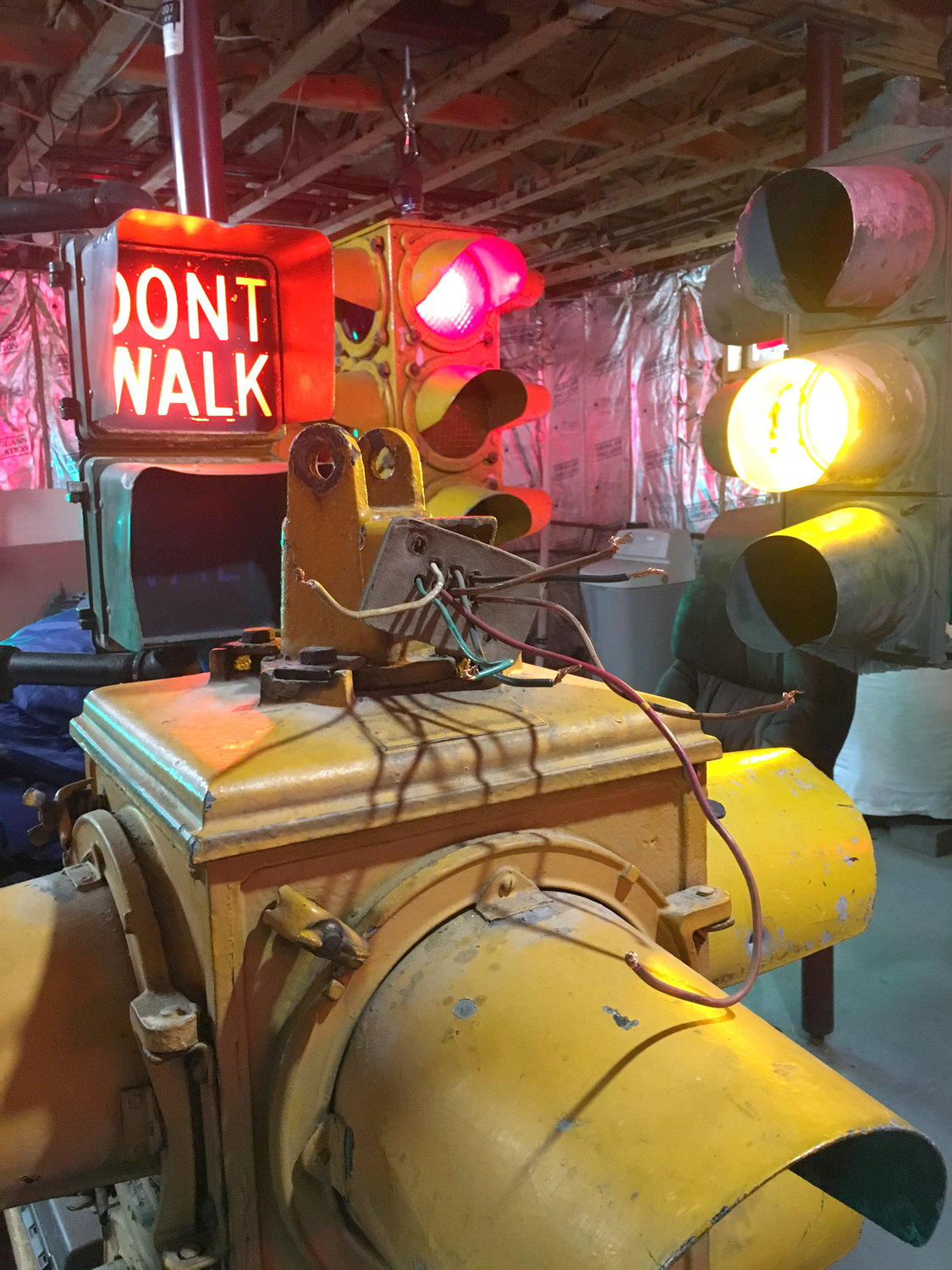 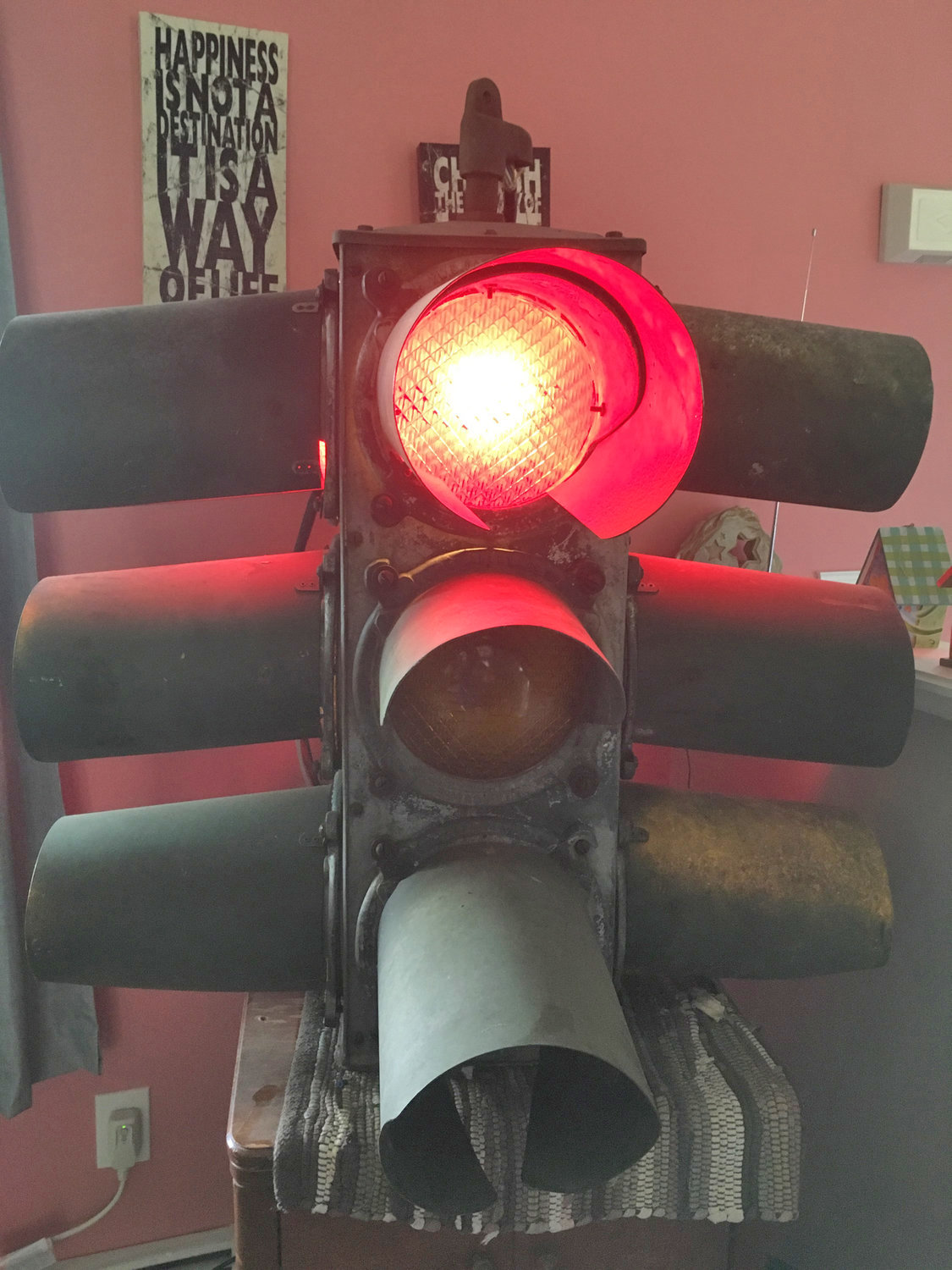 GREEN MONSTER — No need for a Christmas tree during the holidays for the Taurisanos when they have the “Green Monster” stationed in the living room of their Westmoreland home.
(Photo submitted) 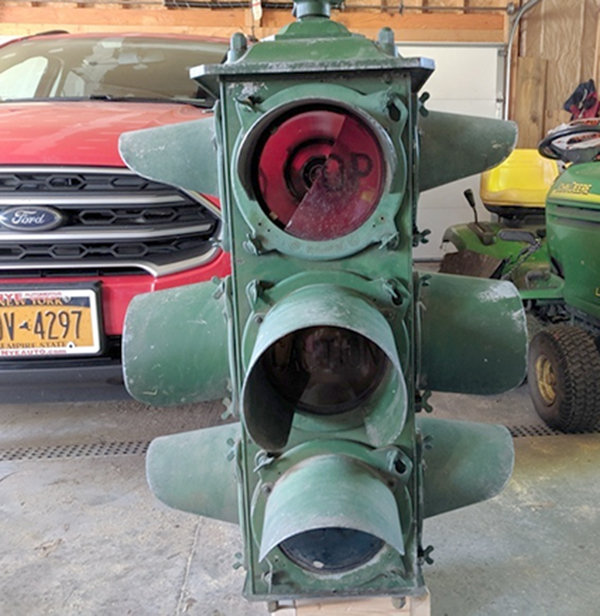 Everyone has a passion.

Since the age of 5, Taurisano said he has been mesmerized by street lights and it was in 2014 that he became a serious collector. Walk inside the Taurisanos’ living room and you’ll find huge lamps decorating tables surrounding his chair and sofa. Flashing red, yellow and green, Tony admitted they really don’t have a need for a Christmas tree during the holiday season.

“When I was 5, my uncle asked my parents, ‘What would Tony want for Christmas,’ and my parents said, ‘Make him a traffic light, he’s always staring at them,’” Tony laughed.

And that he did, and Taurisano said while playing one day, that light would give him his first electric shock. Despite being knocked for a loop, that didn’t scare the traffic light enthusiast away from his passion. Today, when he works to restore an antique traffic light, it’s all by “trial and error,” he admitted, having no experience with electrical work.

Besides the lights that have found a home in his living room, Taurisano has quite the collection on display in his basement, where he has his work room set up for fixing wires and parts. His back yard is even lined with a few.

Each street light has it’s own story and personality. There’s the Green Monster from Binghamton, and one that stretched across Route 10 in Canajoharie right near the old Beech Nut plant for 60 years of its life. Taurisano is a native of Utica, and most of his traffic lights come from there or nearby New Hartford.

“One comes from St. John’s (the Evangelist) Church on Oxford Road in New Hartford,” he said. “And another one comes from Genesee Street and Higby Road (Utica-New Hartford).”

Taurisano also has a “rare” 1930s W.S. Darley light from just outside Atlanta, Ga., and another lamp made its way to inside his home from Cleveland, Ohio.

As for the Beech Nut light, “It actually made its way to Ohio, where it stayed for five years when a friend of mine owned it, but I convinced him to let me buy it,” the collector grinned. “I also have 1 or 2 from a guy’s basement in Boonville.”

Taurisano has even expanded beyond the physical lights and owns at least one “south controller” which once resided on either Columbia or LaFayette streets in Downtown Utica.

His newest pride and joy is his Crouse Hinds porthole signal, purchased in May, that is now making residence in his garage until Taurisano finds a permanent place for the light. Purchased in Forestport, he said it had been on his “bucket list” for quite some time.

“Crouse-Hinds’ first known signal design, the Type T, used porthole doors, where instead of the hinges seen today, each door was actually a round lens frame with a visor screwed on and tabs for thumb screws,” described Taurisano on his website. Not surprisingly, the site where Taurisano shares his passion is www.tonytrafficlight.com.

He said, “The thumb screws could be loosened, and the frame would come away from the signal body to allow access to the bulb, reflector, and lens tabs. The earlier signal bodies were solid housings instead of sections used in later models. This meant the amount of indications couldn’t be changed after production. Later Type T models used sectioned sides.”

Taurisano said the signal, produced in the mid to late 1920s and early 30s, is in “pretty amazing shape.” Some wires were exposed at the top that appeared to be in very good condition.

“I just needed to fix a couple of wires,” he said.

With today’s traffic lights made mainly of plastic, Taurisano admits that the signals of yester-year are difficult to transport and carry around because the metal giants can weigh in at 100 pounds or more.

Asked if other traffic light enthusiasts actually have an organized historical group or organization, Taurisano said, “We have a couple ‘meets’ a year. There was one downstate and the guy down there has lots of parts and pieces, which really helps. I’ll be holding one here at my house too.”

There will be plenty of traffic lights to keep other collectors busy and entertained while at the Taurisano home, including the string of lights that hang in his back yard. The Taurisanos just hope that no one mistakenly takes an unwanted detour.

“They’re even on real traffic light wire,” he boasted.

Besides his lights, Taurisano is busy at work as co-owner of Speedy Awards and Engraving, Inc., in New Hartford, and is also an official snow and rain “measurer,” with web cams stationed throughout his yard.

“When the National Weather Service can’t get a reading from Griffiss, they use my stuff,” he said.

In the meantime, Taurisano plans to pass on his passion for traffic signals to his grandsons and hopes that one day they join him down at the workshop in his basement.

“I have grandsons who are fascinated by the lights, but are too small yet to get into them, so I said I’ll have to make them a miniature one,” Taurisano smiled. “Hey, some guys have their man cave — I have this.”

More about Taurisano’s traffic signals, along with photos and their history, may be found at www.tonytrafficlight.com.