Families use Down Syndrome Awareness Month to promote understanding 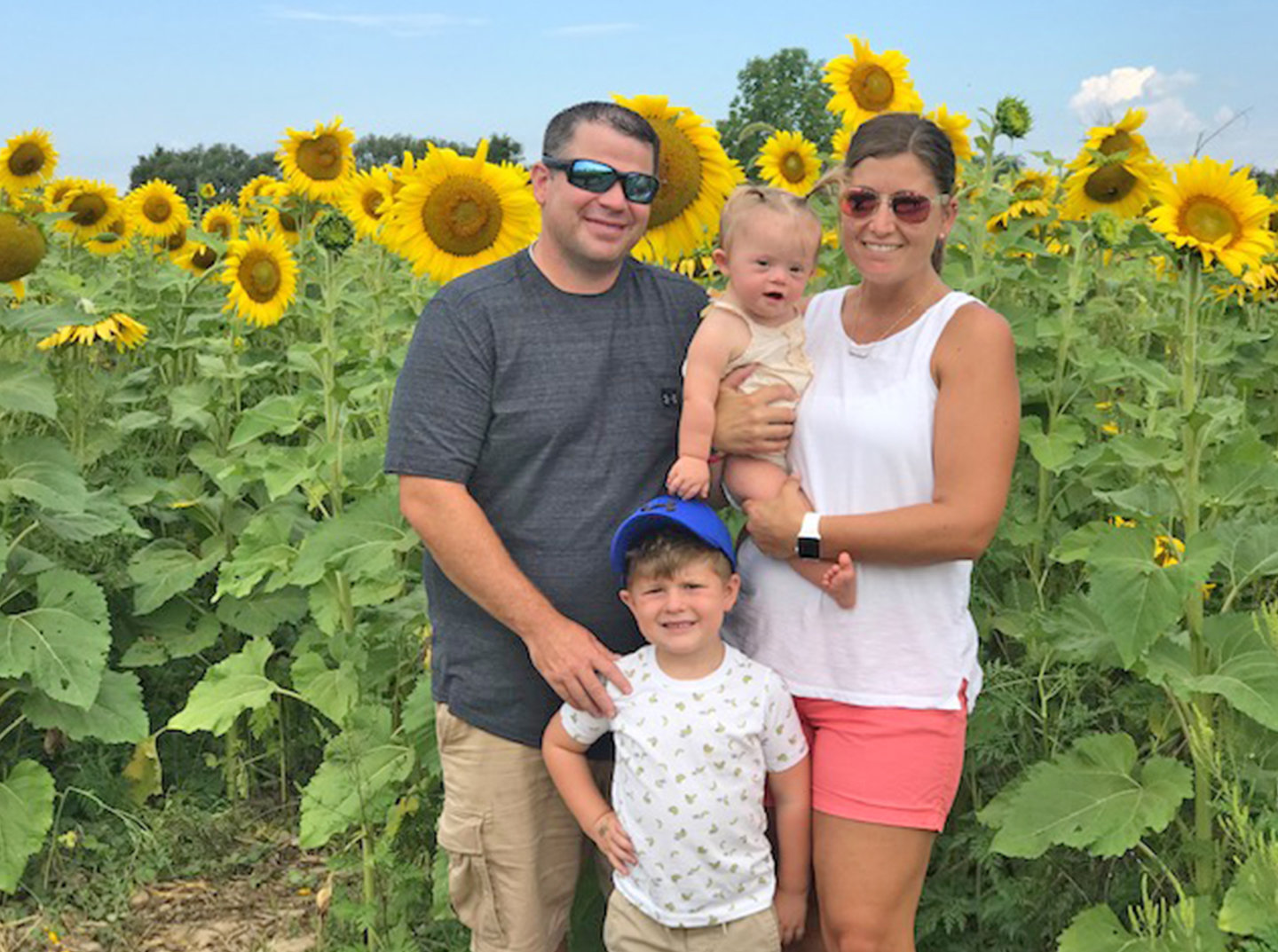 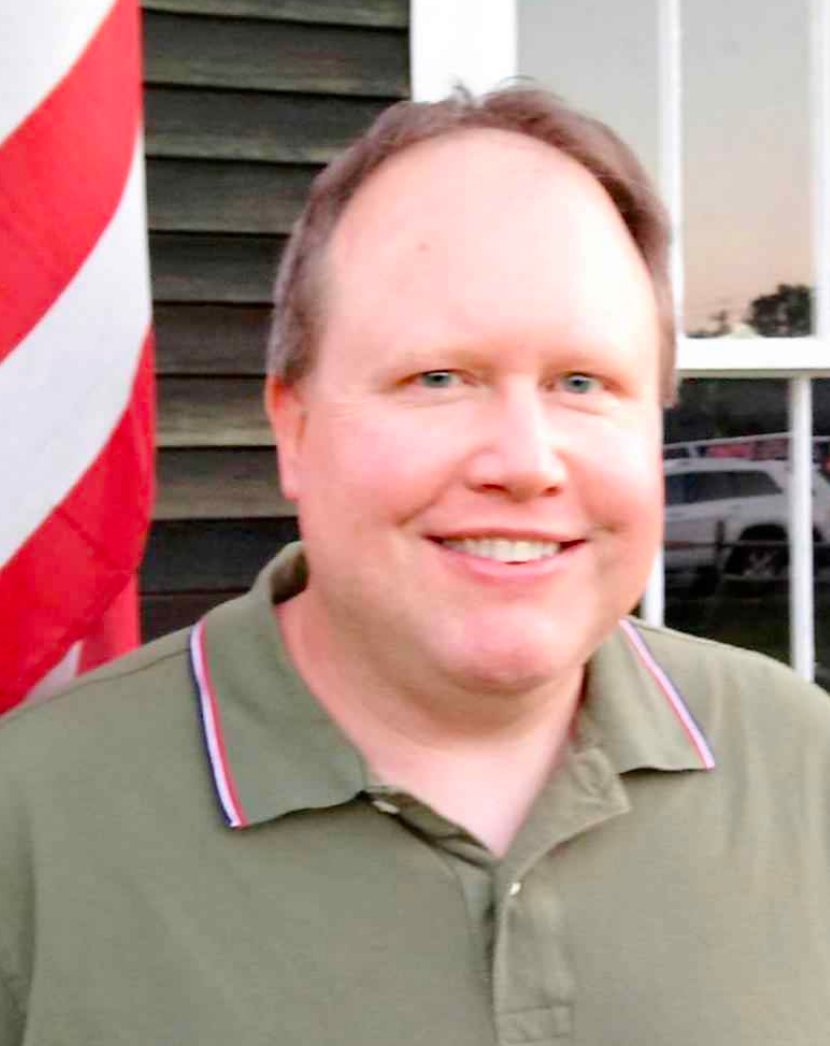 Just after Stephanie Burke delivered her baby, Avery, she had to be taken to the Newborn Intensive Care Unit (NICU) at Oneida Hospital.

“I’m sorry to be blunt,” the doctor told Stephanie and her husband, Dan. “But she is showing signs of Down Syndrome.”

The shock was so great that Dan had to tell his mother-in-law, and she had to tell Stephanie’s siblings.

She estimates it took seven or eight weeks before they told most of their friends or mentioned it on Facebook.

“It took a while to gain strength,” she said.

That was fifteen months ago.

“It’s October, which means it’s Down Syndrome Awareness Month! All month long, I’ll be posting facts and information to help us know a little more about Down Syndrome.” Stephanie posted on her Facebook page two weeks ago.

That day and every day since, she has been posting memes from Lissyaileen.com, a website founded by a wife and mother of three in Sun Prairie, Wis., who left the corporate world to advocate for disabled children. “Lissy,” serves as board president of the Down Syndrome Diagnosis Network (DSDiagnosisnetwork.org), is a director of a special needs ministry called Wonderfully Made (WonderfullyMadekc.com), and is executive director of a prom-like event for special needs children and adults in Madison, Wis.

The first graphic explains that Down Syndrome occurs when an individual has a full or partial extra copy of chromosome 21. This is caused by a genetic disorder that is sometimes referred to as trisomy 21.

Luke Radel (who I profiled in my column on Sept. 11 column) explained that people with Down Syndrome have 47 chromosomes instead of the usual 46. His brother Mark has Down Syndrome, and their mom, Mary Radel, founded the 21 Club with a family friend, Judy Chaffee, in 2013.

According to the group’s website (the21club.org), their goal is “to share information with our families so they can make choices about therapies, programs, schooling, job opportunities, and other services that may help their loved ones.”

“There have been some times people don’t understand,” Luke told me in a phone interview. “Often, it’s not intentional, and it hasn’t been directed at Mark. But people have used ‘the R-word.’”

Not surprisingly, that triggers a “visceral reaction” in Luke.

“I maintain my composure,” he said, “and I explain why that’s not an appropriate thing to say…I tell them ‘here’s why.’”

I asked him to articulate the “here’s why” for this column.

“It’s an insulting term that’s meant to demean people and make them feel less than,” he said. “It makes people feel ‘less than’ not smart, not worthy of being on Earth.”

“What is it like to be the big brother to someone who has Down Syndrome?” I wondered.

“It’s like having a dual role,” Luke explained. “You have all the everyday tasks of being a brother, but it’s heightened because you have to be an advocate, and raise awareness and promote understanding.”

This is similar to what Stephanie had told me earlier on the day of the interviews.

“I feel more assertive,” she said. “I have found more of a voice for myself and her.”

Stephanie paused a moment and thought about how the experience has changed her.

“I have become such an advocate for her and what she needs,” she said. “I have started to stand up more for myself and for her, and for the rest of the family.”

The Burkes are members of the 21 Club. They describe the first couple of months after Avery’s birth as “a blur.” But during that time, the club was a source of information and support. They learned a great deal from a talk given to club members by a specialist from Boston. There were social gatherings and a “mom’s night out.”

Since Stephanie is a school guidance counselor, I wondered if she and her husband thought they needed to discuss it with Avery’s older brother, Dylan, who was only four when she was born, that his sister had a disability.

They gave it a great deal of thought but decided not to say anything.

Then there was a 21 Club Christmas party. They weren’t sure how to prepare Dylan for the event, which would be his first where there would be many other people with Down Syndrome.

“We were really nervous about going to that Christmas party,” Stephanie recalled. “There was really no good way to prep him.”

On the way, they told him it was a party for Avery. It went well. Dylan had a great time. Though he was confused by the number of party-goers that he hadn’t met previously.

“On the way home, he said, ‘I thought it was a party for Avery,’” Stephanie recalls.

The question made her cry.

“Did you notice that a lot of those people looked like Avery?” She asked him.

Luke is two years older than his brother Mark. Although he was a toddler himself, he knows that the doctors didn’t give his parents a “rosy picture” regarding Mark’s diagnosis.

It was a cathartic moment when they arrived home, and Luke, pointing at his new brother, said, “baby.” He describes that as a “lightning rod moment for his parents.”

“It was like, ‘oh yeah, we [the family] just had a baby, and that was my brother, and it really didn’t matter at that point,” Luke says.

It’s been 14 years, and Luke says it has never mattered.

“Mark is Mark first,” he says. “He’s not the ‘Down Syndrome kid,’ he’s the kid with Down Syndrome who loves to play basketball and loves to act in movies and commercials.”

Mark has an agent and has acted professionally in movies like “Demolition” with Jake Gyllenhaal, Naomi Watts, and Chris Cooper. He has just wrapped a Wal-mart commercial that will air next Halloween season.

The 21 Club website says that one of their goals is to raise awareness so that the community “will come to see people with Down syndrome as ‘more alike than different’ from their typical peers, but also celebrate what makes each individual unique.”

I asked Mark what it’s like to be in actual Hollywood movies.

Mark told me that for the Wal-mart commercial, he dressed up, pretended to carve a pumpkin, and said, ‘hi.”

The day before I wrote this column, Stephanie posted a meme on her Facebook page that said, “99% of people with Down Syndrome say they are happy with their lives.”

At this point, she says that Avery isn’t much different than other one-year-olds, and there’s no way to predict when her development will diverge from her age group peers who do not have Down Syndrome. Stephanie and her husband make sure she has whatever she needs; now, that’s Occupational Therapy, Physical Therapy, and Speech Therapy. She has high praise for her childcare provider and her pediatrician.

The third meme Stephanie posted this month says, “Ability is not dependent on the condition but rather the individual.”

“There will be nothing that stands in our way of getting what she needs,” Stephanie insists. “We will fight right to the end to make sure she gets what she needs.”

Luke’s advice to family members, especially siblings, of people with Down Syndrome, is to fight for them and be their biggest advocate.

“We don’t give enough attention to those who are voiceless,” he says. “If you have that microphone pass it on. Let them stand on your shoulders. Be an agent for change in your communities and your social circles.”

I asked Stephanie what advice she had for new parents of children with Down Syndrome.

She specifically wants her friends and acquaintances to talk to her about it. She doesn’t want people to talk about her daughter. She welcomes questions.

“At first, every time I talked about it, I cried,” she says. “But we’ve moved forward. We’ve seen such wonderful things in her.”

Ron Klopfanstein welcomes your questions, comments, and story ideas. Like him at Facebook.com/BeMoreWestmo and follow him at Twitter.com/RonKlopfanstein.