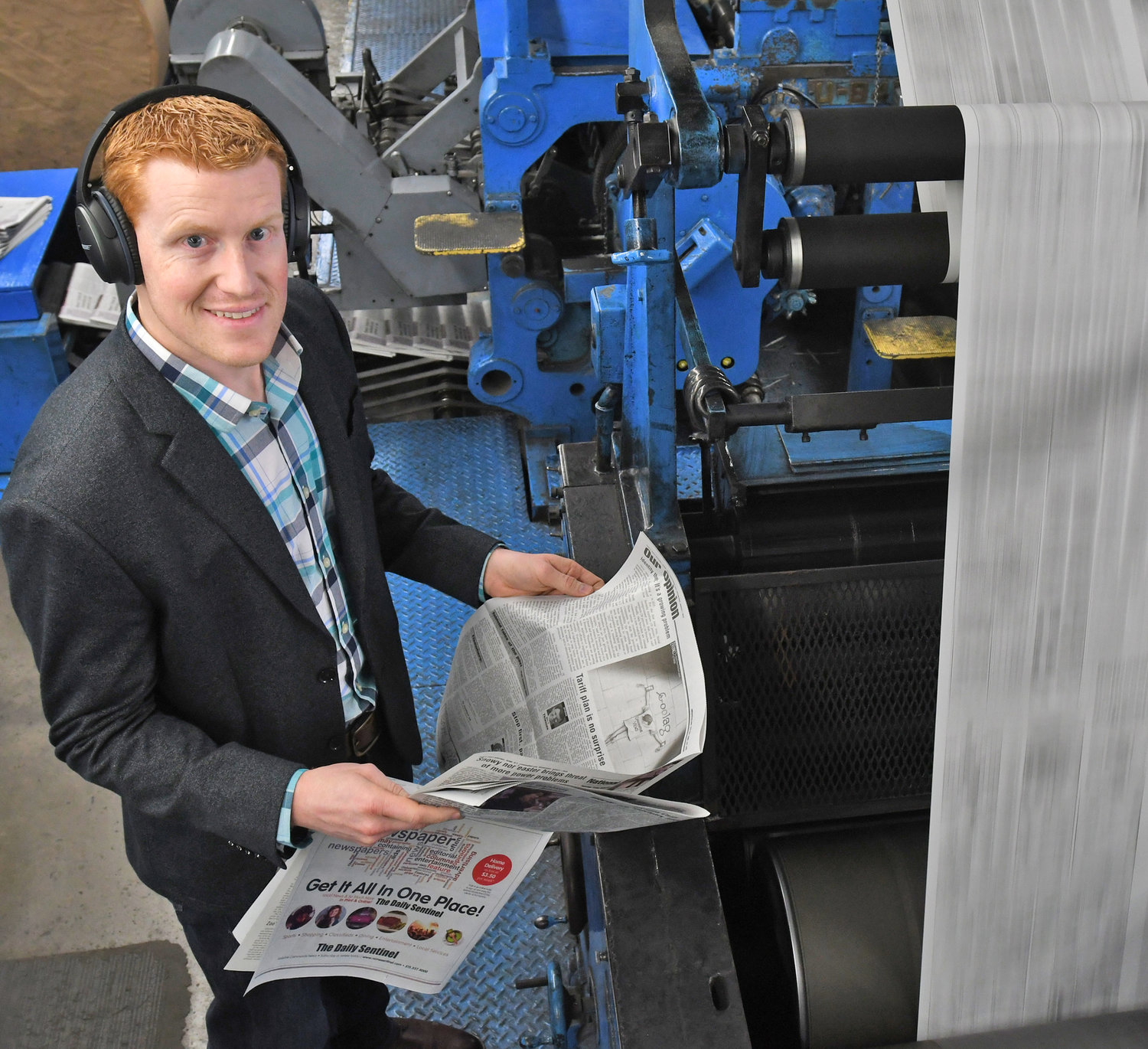 Choices need to be made regarding the future of the Clinton Record, a weekly newspaper owned by the Rome Sentinel Co., says publisher Bradley Waters.

About two years ago, the Daily Sentinel launched the Clinton Record as a free weekly that travels to over 8,000 households.

But while it is enjoyable and handy to have a hyper local print news publication in the digital age, there is a cost to producing news. And Waters is now seeking input before the end of the month from the Clinton, Kirkland and Westmoreland communities on how they would like to proceed.

“This is your newspaper,” he said. “We want you involved.” So, in order to continue that involvement, a slight tweaking to the business model is necessary as the economy is continuing to go through changes, Waters continued.

As it stands right now, between the cost of production and delivery of the newspaper balanced with advertising revenue, the current model is losing money every month. And that is money that could be better put to use providing a resource for Clinton Record readers that better suits their needs, Waters said.

Soon, readers will be provided an opportunity to respond to an online poll with options for a revamp of the Clinton Record.

Among the suggestions will be subscribing to the Daily Sentinel. Under this possible plan, two days each week (like Tuesday and Saturday), news typically slated for the Clinton Record would be prominently featured in the Daily Sentinel.

Plus, subscribers would have all the Oneida County news already in the Daily Sentinel as well as extras such as the Seven Day Sentinel, advertising inserts and other bonus items, Waters said. Also, featuring Clinton news two days per week would make for more timely community news.

“What happened at a Monday night community meeting would be in Tuesday’s paper,” Waters said in example. Other ideas might come in the form of crowdfunding news content, or converting the current weekly to a full subscription model which might cost $52 per year.

“The question now is, how do you want to proceed,” Waters asks the community. “We want to be a watchdog for you … but that’s a two-way street.”

A bit of history

In March of 2018 the Clinton Record launched its inaugural edition published by the Rome Sentinel Co., which was previous owner and publisher of the Clinton Courier

Clinton has a long history of weekly newspapers dating back to 1846 with the Clinton Signal, which became the Clinton Courier in 1857, according to previous Daily Sentinel reports.

In 1972, the Clinton Courier was purchased by the Rome Sentinel Co. In 1978, the Courier was bought by the owners of the former Canastota Bee Journal and the paper continued to have changes in ownership until around 2015 when printing ceased.