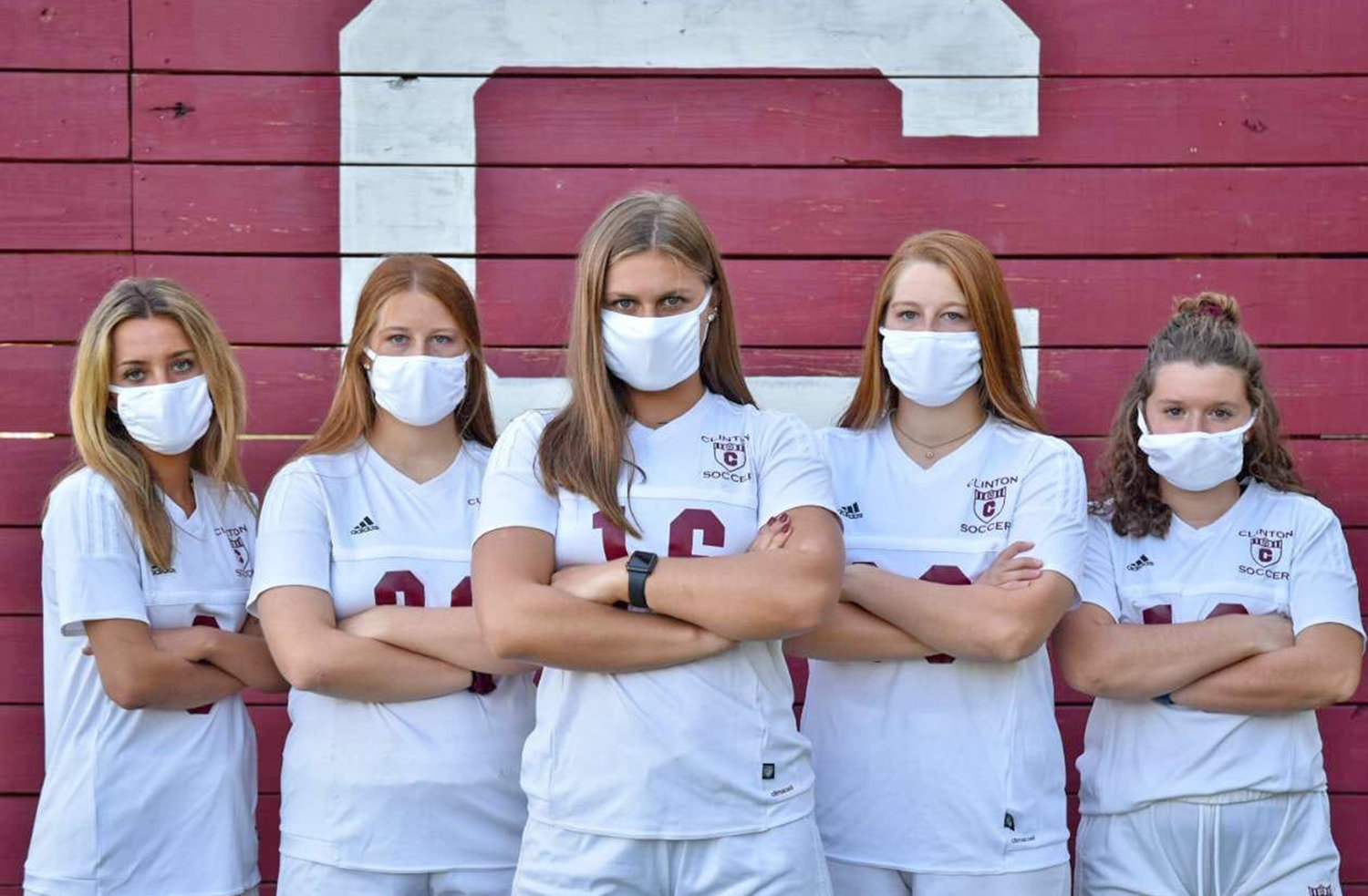 The Clinton high school varsity sports teams were in action this past week. Here’s a roundup of some of the action.

Clinton goalies Sydney Labayewski and Chloe White each made one save. The Warriors had 22 shots on goal.

On Friday, the Warriors got another shutout, their fourth, as they topped CSC foe Sauquoit Valley.

The Warriors are now 7-0-1 this season and have allowed only two goals.

The girls soccer team got two blowout wins, Wednesday 15-0 at home against Oriskany and 10-0 Saturday at Mount Markham. Game details were not available.

The boys soccer team got a pair of close shutout wins. They won at home 1-0 over Canastota Tuesday then won at home again Friday against the Utica Academy of Sciences 2-0.

On Wednesday, the boys and girls cross country teams hosted Mount Markham, though the visitors didn’t field a complete team.

The Clinton girls took the top five spots. Taylor Harvey had the top time in 20:53. The next four runners were Finley Davignon, Emily Hemstrought, Leah Borton and Carina Pascucci.

The Clinton boys took the top four spots. Joey Detraglia had the best time in 19:50. Next for Clinton were Jason Rivera, Morgan Dawes and Boone Schaffer.

The girls tennis team wrapped up a perfect 10-0 season with two wins against Westmoreland and another pair of wins against Holland Patent this week.

On Thursday, they beat Westmoreland 4-1 and 4-1 on the road.

For Clinton, Casey Vechery won both of her singles matches. Sabina Rodriguez-Plate and Mei Cassidy-Heekin each won a singles match for Clinton as well.

In doubles, Madeline Walters won her two matches, one teamed with Cassidy-Heekin and another with Hannah Slawson. Also winning matches for the Warriors were Abigail Soika and Maggie Bailey as well as Alayna Krom and Emily Le.

Rodriguez-Plate, Vechery, Cassidy-Heekin, Slawson and Alyson Burns all won a singles match for Clinton between the two matches.

In doubles, Bailey and Emily Smith won a match, as did Walters and Soika.