Annie Starke is back in Clinton at Kirkland library

FILM STARS — Glenn Close and Jonathan Pryce in “The Wife”

CLINTON — This Monday the Kirkland Town Library will present “The Wife” as its afternoon movie at 2 p.m. And while Glenn Close is the lead actor and a widely recognizable name, Annie Starke is special, or should be, as a Hamilton College graduate who returns to Clinton on the big screen. Well, as big as the library screen is.

Professor Castleman is also depicted as a younger man by British actor, Harry Lloyd (Jane Eyre, The Riot Club) who as Joan’s teacher, takes her down a road of dark and dreary circumstances. Christian Slater is back, this time as an inquiring mind looking for the secret no one is willing to tell.

The film is thought provoking, intense and very well acted. You think, well ...it’s Glenn Close, of course it’s superb. But what’s surprising is how well acted, the subtle nature of Close’s character, so well done it’s almost surreal. You keep waiting for someone to say...“oh my lord...it’s real.” Wonderfully crafted is Close’s performance, so much that her most powerful scenes don’t even involve lines.

Joe and Joan are as opposite as any two people could be. She’s a worker, he’s a slacker. He’s gregarious, she’s shy and introverted. And when good luck falls upon them, it’s not long before it turns to bad luck. It’s a story about how ambition, the lust for fame and small betrayals to achieve it can erode even the strongest of devotion one has for another.

Just as a side note, this is the second time Starke has portrayed a younger version of her mother’s character. She also did the same in the the 2017 film, “Father Figures.”

A 2010 graduate of Hamilton College, earning a degree in art history, Starke’s brief appearance with her famous mother at Don’s Rok Bar has been village rumor since that time. Now her movie is playing just a stone’s throw from that very location.

A wonderful story, adapted from the Meg Wolitzer novel this film gets all five bags of popcorn on my bags of popcorn rating system. Showtime is 2 p.m. at the Kirkland Town Library. Admission is free. Snacks will be served. This film is rated R. 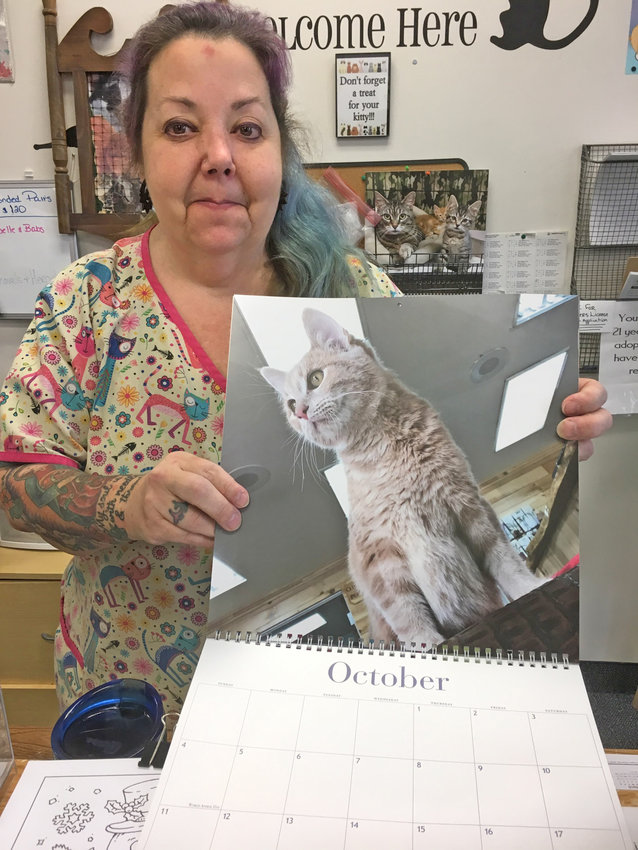 CLINTON — Not quite a year old and Wheelie is already becoming quite the cover cat. The orange tabby who became a resident of Clinton Pet Vet Rescue and Sanctuary on Dwight Avenue when he was …

WHITESTOWN — The sheriff’s office has released the cause of death for a 20-year-old Utica man found dead in a car behind a barn on Westmoreland Road Wednesday, Jan. 8. The preliminary autopsy …